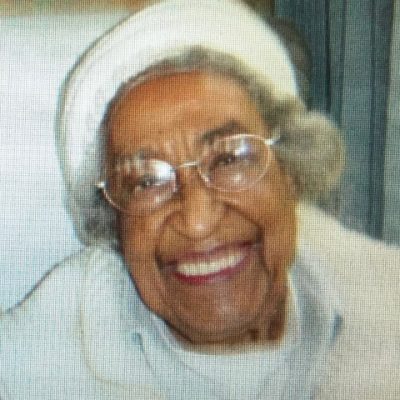 Willie Florence Motley was born on March 28, 1912. She gave birth to her only son, Dewey H Tuggle Jr. on April 5, 1934. They lived together in Tennessee until Dewey and his wife, Suzanne Robinson, left for the military and were stationed overseas. By 1964, they had returned to the states and Mrs. Motley had 3 grandchildren. She would soon move to Tacoma to assist the young family brood. Upon her arrival, she immediately became immersed in the community as an activist and beloved matriarch as well as tenderly caring for her immediate family.

Her greatest desire was to encourage and inspire people from all walks of life and her greatest strength came from her Savior, Jesus Christ. You will hardly find a quote referring to her success and longevity that does not include a reference to her Lord. It was that foundation that allowed her to function with such humility and grace in her various communities and clubs. She was a bountiful social creature. Even as her mobility declined there were streams of people visiting her and she remained active on the telephone, in written communications, and various other forms of media. She was never a lonely woman and rarely had moments alone. She was often sought out for her words of encouragement, positivity, and uplift.

Inspired and mentored by the great Mrs. Eliza McCabe and Mrs. Helen Stafford she became a force of her own not only within the church, but in other civil advocacy groups, her long-term residence facility, and the community at large. She educated herself and strived for excellence at every opportunity offered. She was a dedicated Toastmistress, an avid reader, a prolific writer, and speaker, a member of good standing in numerous organizations, including the designation of being the oldest living member of NAP ( National Association of Parliamentarians). This organization and others became outlets of her passion for politics and parliamentary procedures. She was actively involved in many local civic and cultural organizations. On May 15, 2019 she received the Key to the city of Tacoma from Mayor Victoria Woodard. Her birthday celebrations were often attended by local dignitaries including Senator Cantwell. Still, Allen AME church was and will always be the home of her heart, faith, and family. She was a pillar in the community not only for African-American activism but for ensuring equity for all groups. She was a champion of both the young and old, the rich, the poor, of all colors, classes, and considerations. Quite simply, she loved everyone.

She leaves behind two granddaughters, a host of adopted children, numerous church family members, hundreds of friends, and millions of memories for those of us who had the pleasure to know her. Her life lasted for over 108 years, she was truly one for the Ages.