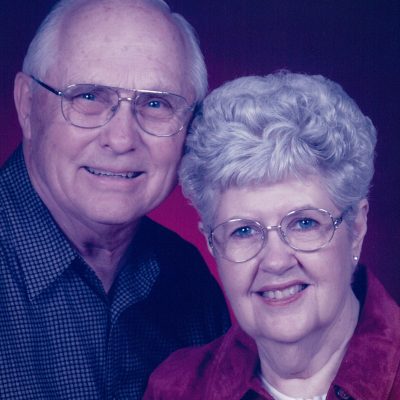 William J. (Bill) Church, formerly of Yakima, but residing in Poulsbo, Washington, passed away peacefully in his sleep on Friday, October 4th, 2019. Just two weeks earlier the entire family had been together to celebrate Bill’s 90th birthday, for which we are very thankful. Bill was born in Sioux City, Iowa in September, 1929, and attended local schools, graduating from Central High school in 1947. His mother was instrumental in his Christian life and he attended Sunday School every week at Riverside Methodist Church as reflected in his childhood Bible. After graduation he began his employment at a local printshop in Sioux City while he waited for his wife-to-be to finish her high school requirements. In June 1949, shortly after her graduation, Bill and Gloria were married.

In the early 1950’s Bill and Gloria moved to Limon, Colorado where he worked at the Limon Leader newspaper. Shortly after the move to Colorado, Bill was called to duty into the US Army in January, 1952 after spending some time in the National Guard. He was sent to Belvoir, Virginia for basic training in a 16-week program called the “Engineers” and then to Germany instead of the front lines of Korea. While in Germany, Bill was trained in Morse code to become a radio operator and later became an instructor and promoted to corporal in July 1953. Bill left Germany in December 1953 on a slow boat back to the States and was honorably discharged in January 1954.

While living in Limon in the 1950’s, Bill and Gloria made many lasting friendships. Their first two children were born while they lived in Colorado – Cherri in 1956 and Carl in 1961. However, the small house and entry-level pay were not adequate to raise a growing family, so in 1962 they purchased Prompt Printery in Yakima and took the family west (with Caren to be born only two months later). Bill and Gloria operated the small print shop alone for nearly 32 years, with occasional help from their children. They prided themselves with excellent customer service and had many long-time customers.

Bill was an avid golf enthusiast and a member of Yakima Elks Golf Club in Selah for nearly 50 years. He also served on the Elks Club Board from 1985-1990, ending with a year as Chairman. A better-than-average golfer during his playing days, he maintained a 10-18 handicap during his 50’s, 60’s and 70’s. Bill accomplished one of golf’s rarest feats in his golf career, “shooting his age” at 77 with a score of 75 at his home club. Bill also recorded 2 holes in One, 1 in 1972 and his final in 1998.

Bill and Gloria retired from the printing business in 1993 and joined the volunteer ranks at the First Presbyterian Church, where they were active members for over 50 years. As the kids moved away, they enjoyed trips to visit, especially when grandchildren arrived at Cherri’s in Salem, and Caren’s in Poulsbo. They also visited Carl on the East Coast, in St. Thomas, Virgin Islands, and later Driggs, Idaho at the base of the Grand Teton Mountains. One of Bill’s greatest joys was a Church family reunion in July, 2012 where they gathered in Driggs with nieces and nephews from around the country to reconnect, share memories and old photos and… play golf.

In 2013 Bill and Gloria moved to Living Care Retirement Center in Yakima after Bill suffered a stroke and Gloria’s memory was failing. They had excellent care there, but their 3 children were too far away for the medical emergencies that cropped up, so in the spring of 2014 the kids packed them up and they left Yakima, 52 years after arriving, and headed to be near daughter Caren in Poulsbo. There they aged in place at Brookdale Montclair Assisted Living.
Upon his death, Bill is survived by his daughter, Cherri Miles (Greg) and her two children, Shannon (Matt) and two great-grandchildren (Leighton and Zeke) , and Adam (Courtney); his son Carl (Peggy); and his daughter Caren Sloan and her two children, (James and Nicole); as well as numerous nieces and nephews across the county. Bill was preceded in death by his wife of nearly 70 years, Gloria, who passed 9 months earlier in January 2019 (obituary on this website); his parents Raymond and Irene; brother Raymond from Milwaukee, Wisconsin; a sister Naomi from Sioux City, Iowa; and sister Helen from Texas.

Many thanks go to the staffs of Living Care Retirement Center in Yakima and to Brookdale Montclair Assisted Living in Poulsbo for their tireless care and love given to our father. In lieu of flowers, the family suggests donations in dad’s memory to Grace of Christ Presbyterian Church (formerly First Presbyterian) (9 South 8th Avenue, Yakima, WA 98902) or to the Yakima Elks Scholarship Fund (318 Golf Course Loop Rd, Selah, WA 98942). A memorial gathering was held on Sunday October 6, 2019 with all of dad’s immediate family and many residents and staff of Brookdale Montclair Assisted Living. 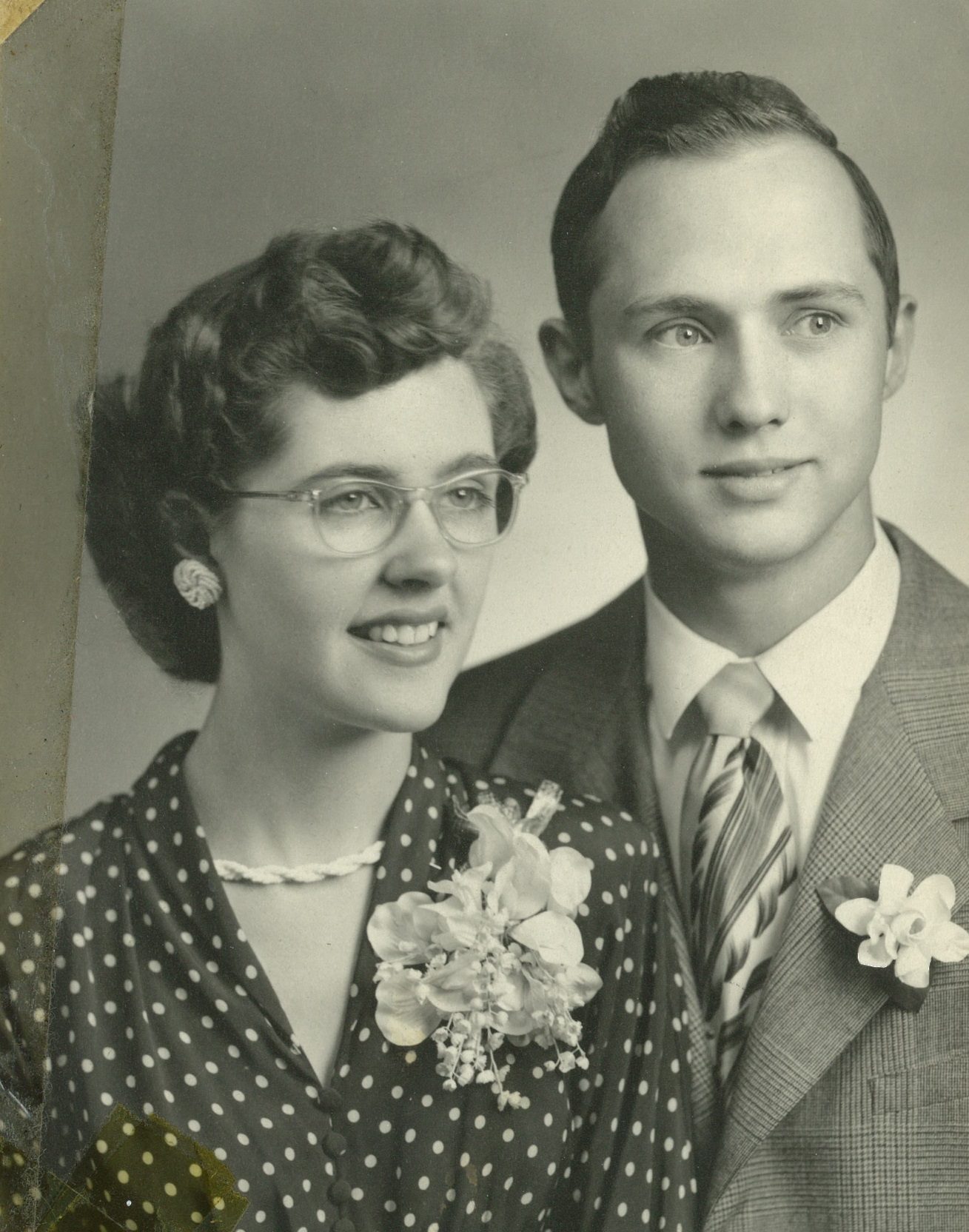 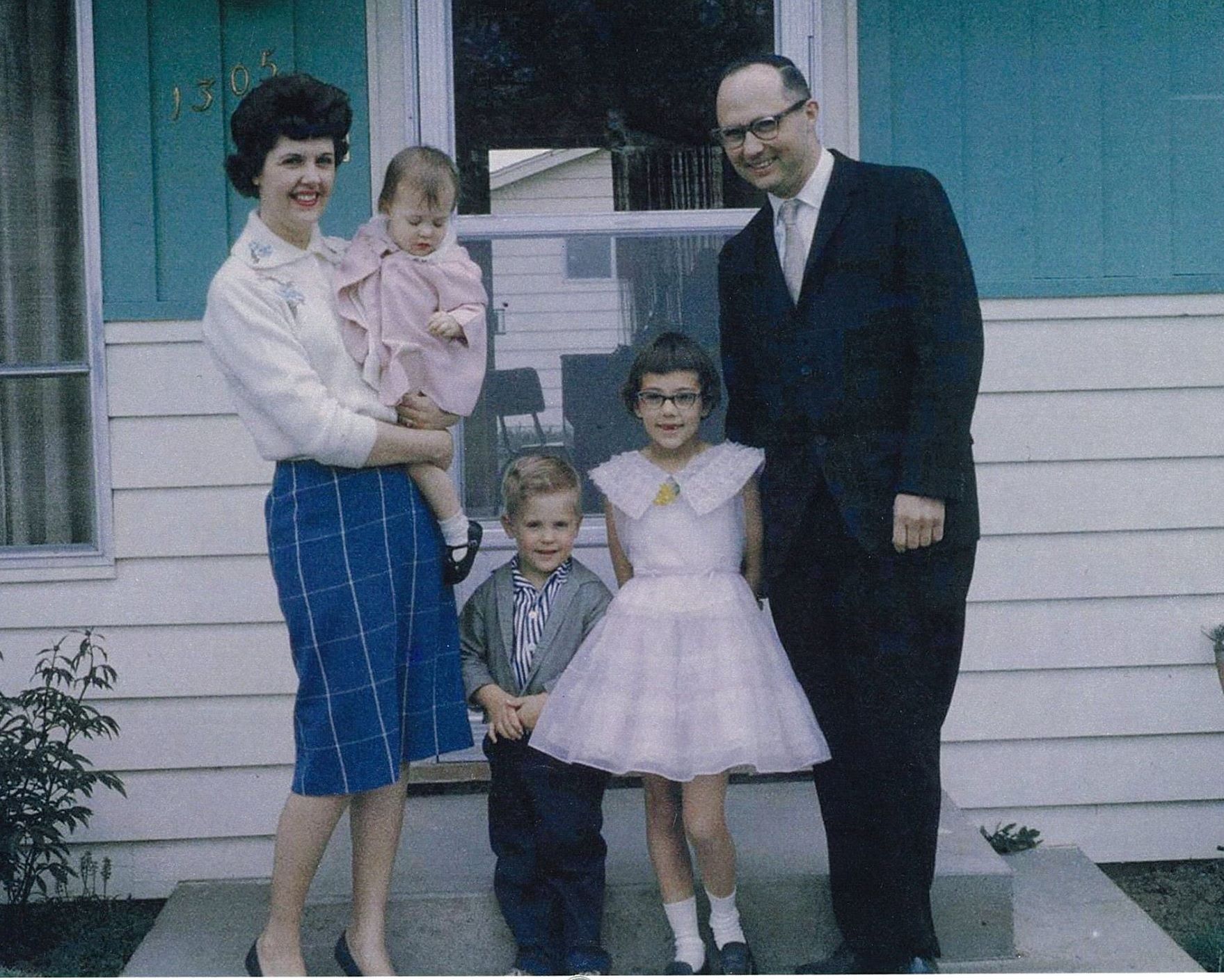 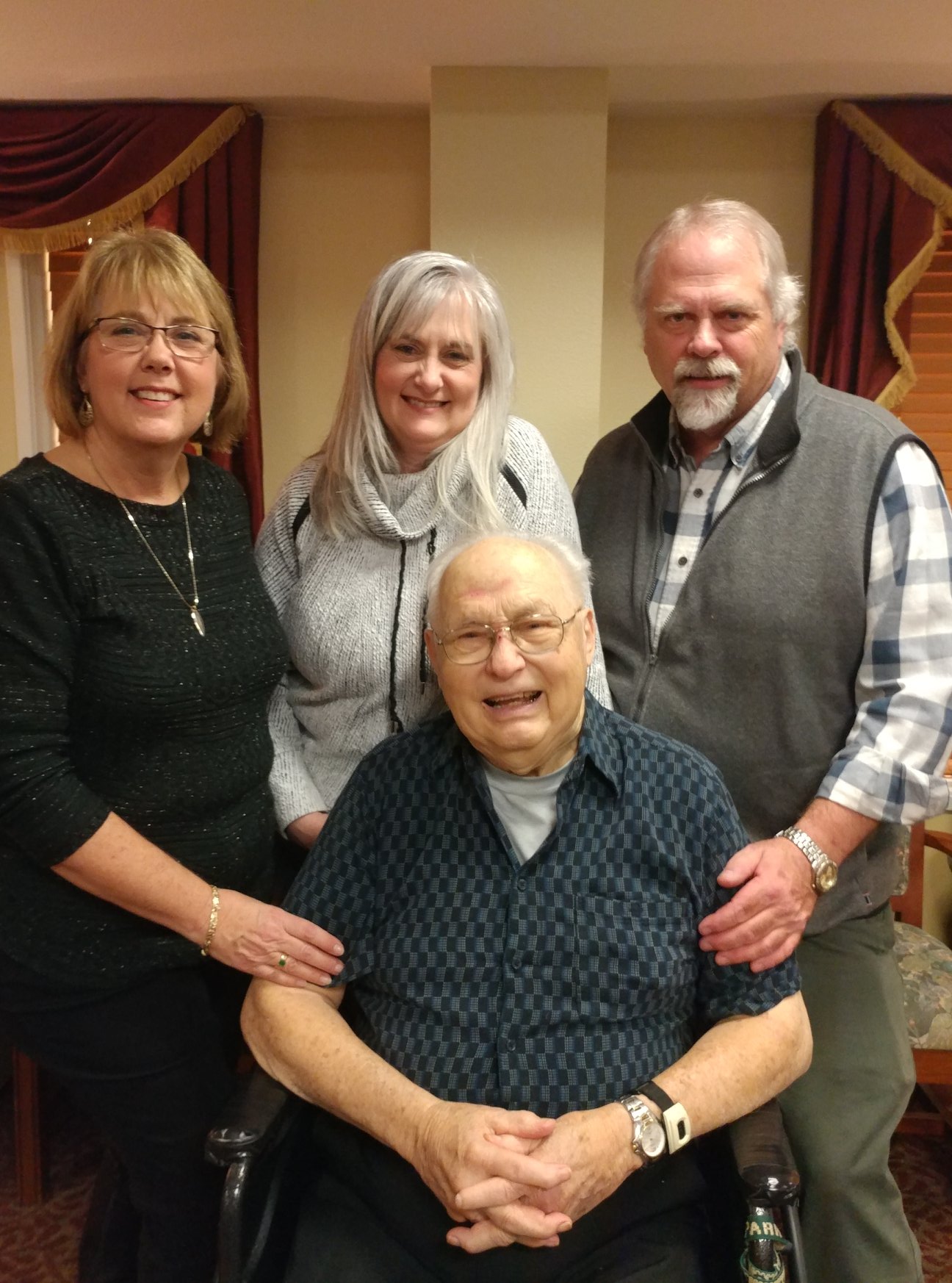 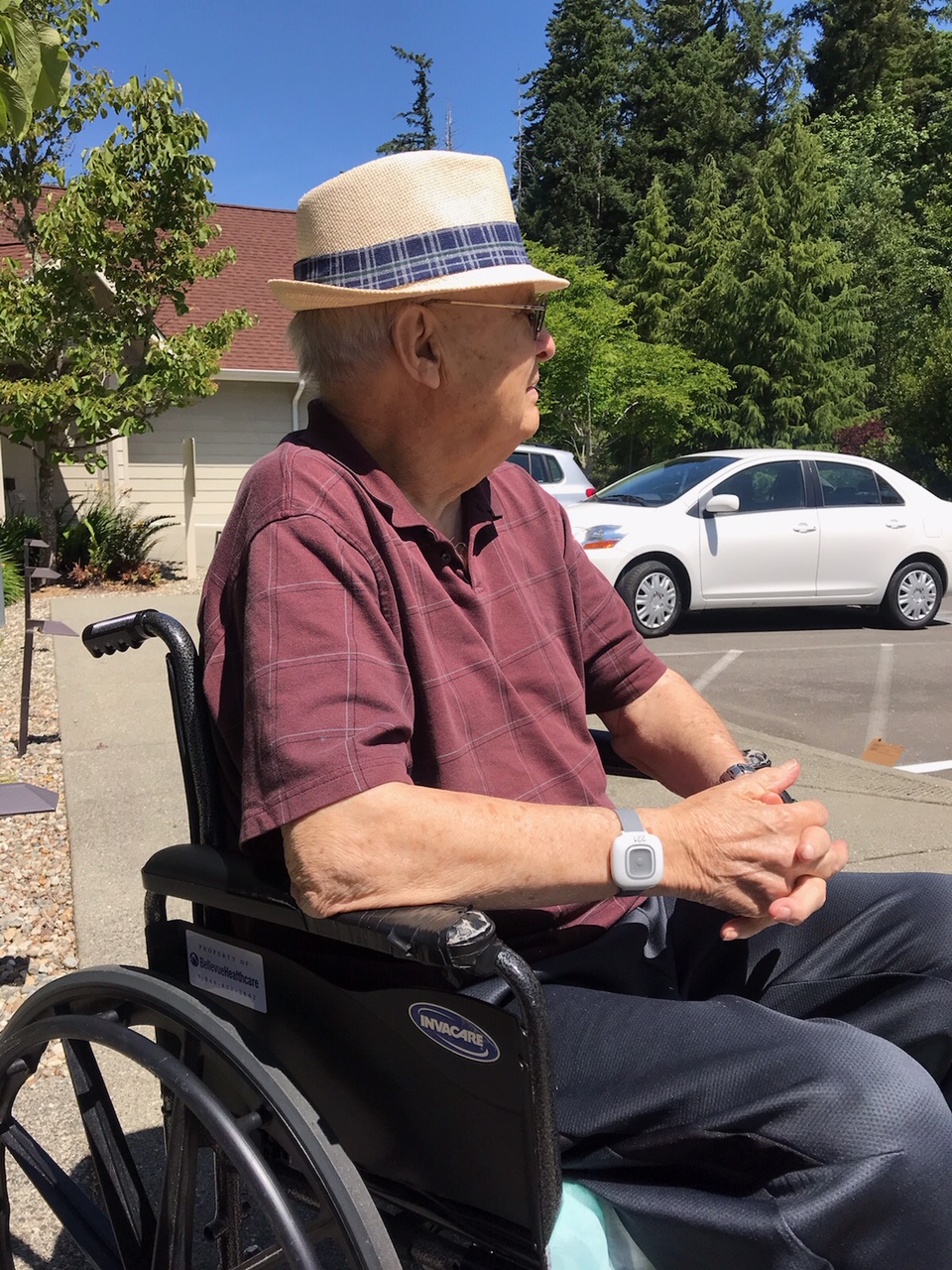