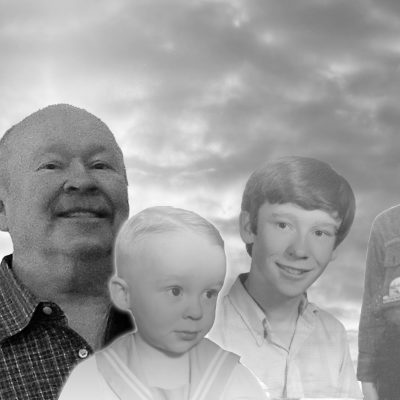 The family of William (Bill) Howard Schulte of Poulsbo, WA is saddened to announce his sudden passing on Aug. 18, 2020.

Bill attended school in Missoula, Montana and graduated from Sentinel High School. Aside from his formal education, he was a self-taught scholar who had a breadth and depth of all types of History, Politics, Religion, Music and Movies. He especially loved political satire and the juxtaposition of all things to do with politics and religion especially when they collided with reality.

Bill was heavily influenced by his upbringing in Missoula, calling it one of the best places on earth to have been raised – especially in the 60’s where he managed to carry on the concept and the culture of the times. The family has endless stories to tell about growing up. For example, Bill considered it his goal in life to toughen up the younger kids in the family and his babysitting stories were legendary.

He had multiple careers over his lifetime including cable technician, ironworker, painter, salesman, arborist, and care giver.

Bill was the fourth of five children born on October 25, 1953 in Missoula, Montana. He is preceded in death by his parents Joseph & Jean (Graham) Schulte and a sister Mary Lou Schulte. He is survived by his brother Bob (Sylvia) Schulte of Poulsbo., WA. His sisters Donna Jean (Tom) Caskey of Seattle, WA and Linda (Frank) Clovis of Coeur d’Alene, ID – nephews Brian (Christina) Gross of Tucson AZ, Tyson Schulte and Rene Richard of Poulsbo, WA. Nieces Tracy Sanders of Coeur d’Alene, ID and Cindy (Joe) Regis, of Seattle, WA.

The family will have a private celebration of life.

Bill would never miss a chance to exercise his right to cast a ballot. In honor of his life, please vote.