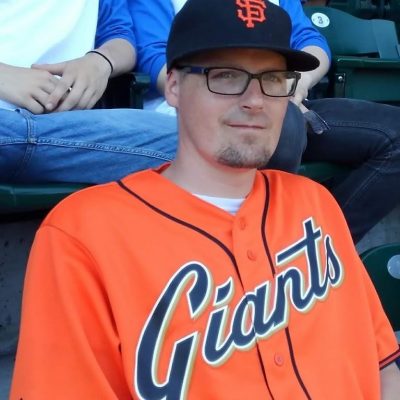 William Francis Delaney, Jr. passed away at his residence in Port Orchard, WA on Thursday, October 20, 2022. He was born January 17, 1983 at the Oak Knoll Naval Hospital in Oakland, CA to parents Katherine (Brooks) Woody and William “Jake” Delaney.

Growing up, Will was quiet but upbeat and his love of helping others appeared early. As a child he would set aside his allowance to buy gifts for his younger siblings such as a teddy bear and then would surprise them with it. He may have been a caring sibling but let there be no mistake that he was also a goofball, and his top priority was to make people laugh.

He played many different sports through clubs and teams including softball, baseball, basketball, soccer, football, surfing, competing at Crosby Days, disc golf and golf. This love of sports granted him the opportunity to be the Sports Editor of the Ridgeview High School Newspaper in Bakersfield, CA. At Ridgeview High School he met Amy English, the mother of his boys, Zachary and Brandon, and graduated with a diploma in 2001. As an adult he was a dedicated fan to his teams, the San Francisco Giants and the Seattle Seahawks.

Will moved frequently as he grew up, from California to Connecticut to Washington but he was always able to call any state that he landed in “Home.” It was while he was living in California that he met his first wife, Samantha Hayes. The family grew as they welcomed Morgan to the world. Then life brought him to Washington. Will moved his family closer to his dad and stepmom. He met Yasmin and welcomed his stepson Robert Hargrove into his life.

He worked a variety of different jobs to provide for his family including varying retail positions and store management at Home Depot, Lowes, Ashley Furniture, Hobby Lobby, car dealerships, and finally service managing auto repairs in Washington. At these jobs he shined always being a solution-oriented individual who was the first to step up and help someone.

When Will wasn’t working or spending time with the kids that he so loved, he was an active member of Kitsap Mopar Car Club. You could find him smiling ear to ear while enjoying any of the car shows that came to town.

For those who cannot attend the Service will be streamed on: https://www.youtube.com/channel/UCHTKRJu-2zwvC1fpF9WHP0g