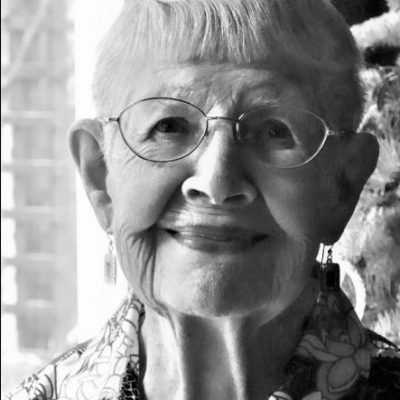 Wanda was born in Silverton, Oregon on March 30th, 1923 to parents Robert Penn Scott and Tressie May Grubb Scott. When she was 17 years old she said yes to our ‘Ohn’, Benjamin Fowler Dodge and was wed on February 16th, 1941 for a devoted marriage that would span 68 years. Ben and Wanda raised their family of four sons in Dallas, Oregon and Eugene, Oregon. They moved to Bremerton, Washington in 1993 to be closer to family. Their beloved son, Dennis, passed away in 2008.

Wanda’s rocking chair was where she was happiest as she lovingly rocked each one of the Dodge Clan children. Family gatherings at the Hood Canal beach house and her son’s Cabo San Lucas, Mexico home, were special times with her four sons, three daughter-in-laws, seven grandchildren, twelve great-grandchildren, and many friends. 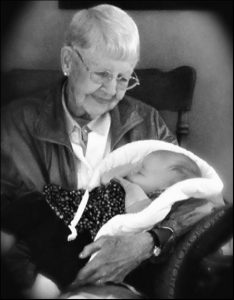 Wanda had a kind and gentle heart and was accepting of all. She saw the best in everyone and always spoke kindly of others. She was loved by all who knew her.

An inurnment for Wanda will be held at Tahoma National Cemetery, where she will be laid to rest beside her Ohn. In lieu of flowers, her family suggests a donation to The Hub, Belfair, WA.