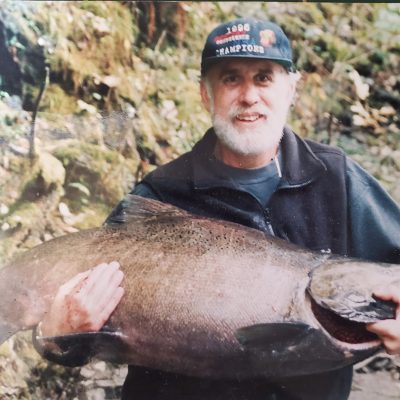 Walter F. Jackson, 68, passed away at home on July 22, 2020 following a long battle with cancer. He was surrounded by his wife Linda, daughter Kamie, and son-in-law John Ball.

Walter was born October 2nd 1951 in Renton, Washington to Robert L Jackson and Ruby M. Gamba Jackson. His father had served in the navy and the family lived in Honolulu,Hawaii where they lived for several years. They also lived in San Francisco and San Diego before returning to Renton, Wa. where he finished school.

Walt joined the navy and served aboard the USS Lofberg. He was stationed off Vietnam, Korea, and the Philippines.

Walt was discharged in January of 1971 and returned home to Renton where he met his wife Linda. They were married for 49 years. One of his happiest days was the birth of his only daughter Kamie in 1993.

Walt was passionate about fishing. He enjoyed fishing trips to Neah Bay, Alaska, Cuba, Jamaica, and the Virgin Islands as well as the Puget Sound and rivers in Montana and Washington state.

Walt also enjoyed golfing and classic cars. He loved to bring his 1946 Ford car to car shows where he won First place.

Walt is suvivived by his wife Linda, daughter Kamie and son John Ball, his brother Steve and sister in law Linda and his sister Vicki. He will be very much missed.