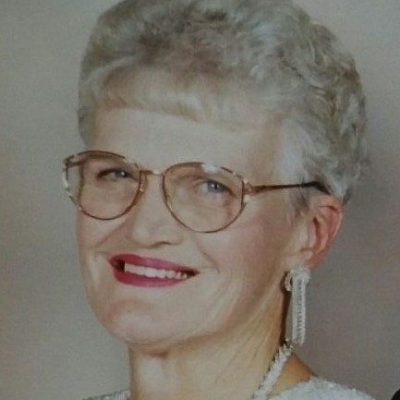 Virginia was born in Bremerton, the middle child of three to Maurice and Anne McCormick. Virginia was a long-time employee of the Bremerton School District and retired as Registrar of Bremerton High School in 1994.

Family and friends were the most important parts of Virginia’s life. She never missed a birthday and took endless joy in following the life events, trials, and achievements of those around her. She was the best sister, wife, mother, grandmother, great-grandmother, and friend anyone could wish for – a cheerleader of the purest form.

Virginia attended Star of the Sea School and went on to graduate from Bremerton High School. After high school, she worked for the phone company in Seattle and later the Supply Center at PSNS. Her marriage to Ralph Kirk ended in divorce but not before she gave birth to five children. Finding herself a single mother of five in the early 1960s wasn’t easy. There was always emotional support from immediate and extended family, but the Kirks of Bremerton made their way forward under the stern and loving helm of their proud matron mother. Virginia received training at Western Washington College in Bellingham that resulted in a long career at Bremerton School District.

Virginia met the love of her life, Clyde Ricker, in the early 1970s. The two were married in 1973 and began a long, happy life at the house on Rodgers Street where Virginia and her siblings grew up. Family traditions were maintained, and generations were always welcomed home.

Virginia is preceded in death by her sister Maurine; her husband of 39 years Clyde; three step-children – Mick, Larry, Margaret; and one great-grandchild Nolan.

Sincere thanks to the staff of Stafford Healthcare at Belmont, who made her final months as comfortable as possible. A Celebration of a life well-lived is pending. A Mass is being offered in Virginia’s name at Holy Trinity Parish on 18 June 2021, at 9:00 am.