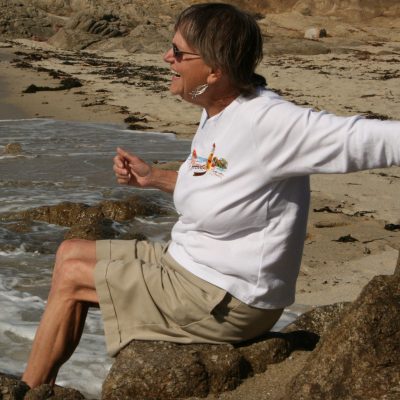 She is survived by her husband, Roger Willis, of Poulsbo, WA; two children, Michael Willis (Heather), Tampa, FL and Kristeen Willis, Portland, OR; two grandchildren, Nicholas and Alexis. Susan and Roger were classmates in Norwalk, Ohio and graduated from Norwalk High School in 1966. High school sweethearts, they went to separate colleges to start, Susan to University of Kentucky and Roger Ohio State, but they missed each other and Susan transferred to OSU and they were married June 20, 1969 where she earned her degree in Education in 1970. However, both Susan and Roger continued to be avid UK basketball fans from then on. Go Big Blue!

She spent the next 20 years as a Navy wife, raising her family, her son born in Charleston, SC and her daughter in Kenitra, Morocco. In Denver, CO she earned her MS in Education — Library Media Specialist 1984, from University of Colorado, Boulder.

At Roger’s final duty station in Arlington, VA, until his retirement, Susan was employed by Stone Ridge School of the Sacred Heart in Bethesda, MD as their Librarian. Moving to Kentucky in 1990, she became East Jessamine County Middle School Librarian. Both retired in 2003, at the age of 55, and she made her final move to the Pacific Northwest, Kitsap County.

Susan’s greatest love was family, but she had many passions that led to many friendships. She loved to learn and was particularly interested in history and the stories of people, (she once considered a career in archeology). This fed many of her other passions such as travel and books. She was an avid reader of all kinds of books. She read the World Book Encyclopedia set her parents bought her in 1958 cover to cover and often returned to it throughout her life whenever something would pop up in a movie or a conversation that she wanted to learn more about. She loved stories connected to history with a twist of humanity, a little romance and mystery didn’t hurt.

She had a tendency to meet a person and learn their life history and/or greatest worries within a few minutes because she was inquisitive, yes, but mostly because she was a good listener and spinner of stories herself. The conversations would just last for hours. She made lifelong friendships out of chance meetings and dinner seat assignments.

In her retirement, she was able to really devote time to all the things she loved. She was able to travel with Roger and Kristeen and they are both grateful for the memories those trips provide. She became an amazing gardener and joined the Poulsbo Garden Club so she could share this love with others. She joined an Outlander Fan group and further grew her love of all things Scotland. This lead to her studying Gaelic and getting involved with Scottish heritage groups.

She loved animals and almost always had a dog in her life. She loved the ocean and the Pacific Northwest was a perfect place for her to end her days. She will forever be missed by hundreds of people but her family will never quite be the same without her.

Graveside services will be held at a future date at Wilmore, KY, once a successful vaccine is available and travel becomes safe again.