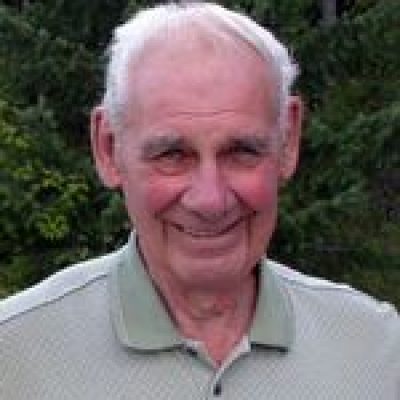 Fred?s career in petroleum production and management started as a teenager working summers in the oil fields in Alberta, Canada. He spent his youth in Calgary, Alberta. His B.Sc. in Petroleum Engineering from the University of Oklahoma in 1944 led to an assignment by the government of Canada during WW2 to Talara, Peru with International Petroleum Company, Ltd., a subsidiary of Exxon, as a trainee engineer. Bobette joined him in Peru in the spring of 1945 when they were married. Subsequently Fred?s career took them to Tulsa, Oklahoma to work for Amarada Petroleum Corporation. He moved his family to Calgary, Alberta in 1954 when he joined Mobil Oil Corporation as a senior engineer. They moved to Regina, Saskatchewan, back to Calgary, to Victoria, Texas, Ankara, Turkey and in 1966 to Anaco, Venezuela where he was Eastern Manager for Mobil. In 1970 he was transferred to the New York City office, and he became Chairman of the Board of Colombia Petroleum Corporation, a joint Mobil/Texaco company operating in Bogota. In 1972 they moved to Tehran for two years, then Sumatra, Indonesia for three years and returned to the U.S. living in Denver and finally Dallas where he was Manager of Exploration Worldwide in new areas. He retired from Mobil in 1983 after 38 years of exciting overseas service. Fred enjoyed 24 years of retirement between Palm Desert, California, Lake Oswego, Oregon, Port Ludlow, Washington, and Shuswap Lake, British Columbia, Canada.

Fred is remembered for his anecdotal story telling. He entertained family and friends with animated, humorous relating of events which he had experienced through his life. He had a talent for creating great stories out of ordinary events, and captivating his audience in the telling. The foremost loves of his life were his family, hiking, and being in the outdoors, especially mountainous environments ? Bragg Creek, Alberta, Canadian and Colorado Rockies, the Elborz Mountains in Iran, and Shuswap Lake, British Columbia.

There will be a Celebration of Fred?s Life on November 10th at Marrakesh Country Club, Palm Desert, California. His ashes will be buried at the family plot in Ottawa this fall. In lieu of flowers, the family suggests contributions be made to support research on Cerebral Amyloid Angiopathy (CAA) at Massachusetts General Hospital. CAA is the disease which ended Fred?s life. Donations can be sent to: MGH CAA Research Fund, Development Office, attn Heather Colmore, 165 Cambridge Street, Suite 600, Boston, MA 02114-2792. We are grateful that Dr. Steven Greenberg at Massachusetts General Hospital is conducting research in CAA and honored to support his laboratory, http://massgeneral.org/neurology/caa/index.html.