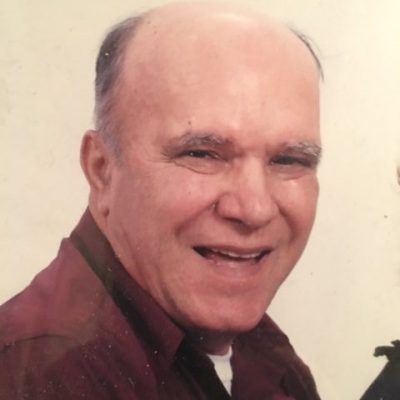 Stojan (Steve) Cuvalo suddenly passed away at home in Bremerton, Washington, on December 21st. He was 82 years old.

Stojan was born in Proboj, Yugoslavia in 1938. His parents, Mila Dugandzic & Ivan Cuvalo, had many children, but Stojan was the only surviving son. He lived a very colorful life in Yugoslavia, doing everything from serving in the army to playing soccer professionally for Dinamo Zagreb. He skied, hunted, cooked, really did everything you could think of. He also learned carpentry from his father at a young age, which remained his passion and career throughout his life. Many have said he was a true master of his craft.

In 1964, at the age of 26, Stojan made a bold move and left Yugoslavia in pursuit of the American dream. He joined his family in Chicago, working union construction jobs and sharpening his English skills, until he eventually made his way to the west coast, to Los Angeles, Seattle and eventually Bremerton.

It was in Bremerton that he met the love of his life, Toni Bollinger. They went on to spend 42 years as husband and wife until her untimely death in 2014. They had 3 children – Gina (John) Papale, Ivan Cuvalo, and Bernadette (Timothy) Walsh, and two grandsons, Eriq and Anthony Papale.

It was ultimately in Bremerton that Stojan settled down with his family and eventually created his own construction and contracting business, All Facets Construction. He taught his son Ivan how to do the work just as his own father had done for him back in Yugoslavia, and together the two of them worked alongside each other for many years, doing jobs all over the peninsula.

Stojan was a unique and unforgettable person who could absolutely always make you laugh just as much as he could drive you crazy. He had a way with children — his wife’s large extended family included many kids over the years and they all absolutely loved him. He had talent for so many things – card games, card tricks, chess. He loved taking road trips with his wife Toni. They drove all over the country, going everywhere from Reno Nevada to Atlanta Georgia.

Stojan had a heart of gold and he loved his family very much. His final days were spent happily, relaxing at home, watching movies, golf and looking forward to Christmas.