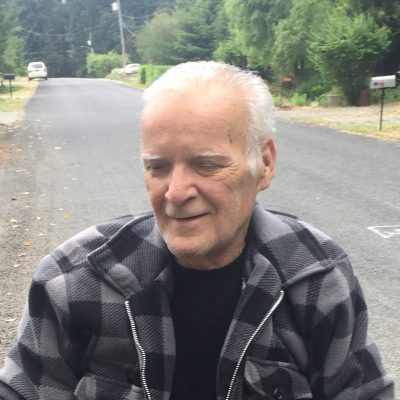 Steve Michael Roberts was born January 30, 1949 in Tacoma, Washington to John Roberts and Mary Wilson Colter. He passed away October 15, 2019 at St. Anthony Hospital in Gig Harbor, Washington. Steve loved watching television games shows, especially Jeopardy and Wheel of Fortune. He also found great joy in going to the casino and betting on the pony’s at the horse races. Steve is preceded in death by his wife Louise Roberts and his step-daughter Brenda Brown. He is survived by his Son Chad Roberts of Tacoma, Washington, Daughters; Tina Fredeen (Rob Erickson) of Lakebay, Washington, and Tana Mascioli of Port Orchard, Washington. Grandchildren, Debhra Fredeen, Heather Fredeen, Jordan Mascioli, and Joseph Mascioli.