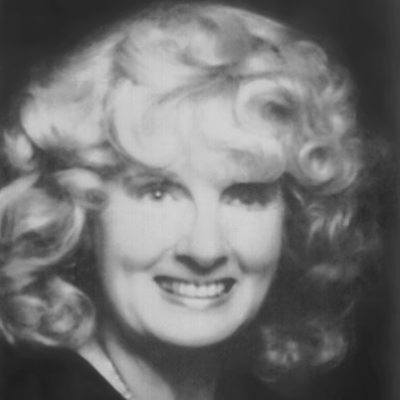 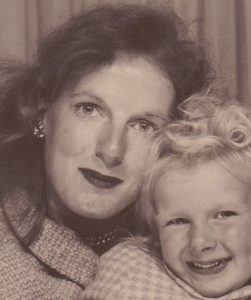 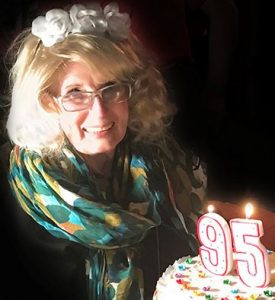 Shirley was born to Marie Mason and Harry Weislman on March 31, 1924, in King County Hospital in Seattle’s Georgetown neighborhood. Shirley was an only child and her family suffered from many of the hardships of the Great Depression. Family disruptions and dislocations led to a string of homes from north and south Seattle to several rural settings across King and Pierce counties.

As a young adult Shirley visited and worked in Arkansas, Tennessee, and California, traveling by car, bus, train, and even hitchhiking cross-country while pregnant in the depths of winter. Shirley recalled Los Angeles as a scary place for a young single woman in the 1940s, confronted with lurid newspaper headlines about sensational crimes, including across the street from her workplace. But she reminisced frequently and fondly of her life in San Francisco, and she cherished a late-in-life return visit to that city’s famous public landmarks and her own personal ones.

In contrast to her early itinerant decades, for more than 70 years Shirley resided in Tacoma, including 44 years in the quiet north Tacoma home where she felt truly at home while involved in her community of family, friends, and service.

Through all her years, Shirley proved to be stronger than any of the hard times she experienced. She truly loved life with an indomitable spirit. This was evident in many of her treasured stories, such as one particular Depression-era Christmas remembrance. Stark but nevertheless filled with earnest warmth and fond appreciation, the classic vignette was published in The Tacoma News Tribune and she shared it with her family many Christmases over.

Shirley made her way through life in jobs as diverse as waiter, sawmill worker, and food packer. But caregiver was her nature and became her career in Tacoma-area health care facilities. In her last decades, Shirley naturally slowed with age but never really retired. She studied nursing and theater at Tacoma Community College, worked at local senior centers and the Puyallup Fair, and mentored elementary school students. Giving in so many ways, Shirley offered her more than 60 years of sobriety as an inspiration to the local recovery community. Her faith in God and the support she received from her church helped sustain her through hard times and multiplied her joys. A copy of Daily Word was never far from her side.

Shirley loved to entertain, laugh, and to make others laugh. A special avocation was movies and in the latter third of her life Shirley relished every opportunity to be around the motion picture and television industry by working as an extra in film and series productions throughout the Pacific Northwest. Among her prized possessions are scrapbooks filled with photos and mementos of her experiences on location, the famous Hollywood actors and the craftspeople she met and worked with, and the community of extras among whom she developed long and supportive friendships.

Shirley never landed her longed-for goal of a speaking part in a movie, but always versatile and ever the active optimist, she appeared on an early episode of KING-TV’s Almost Live to retell her winning entry in a Best Washington Joke contest, and she had a recurring role for two years on Tacoma’s Spud Goodman Show.

Above all, Shirley dearly loved and was devoted to her family. Tacoma is where she settled as a young wife and mother. And it is where she guided and watched her family grow with children, grandchildren, and great-grandchildren. Words that Shirley bequeathed to her family are infused with her vital spirit. “Live life to the fullest and do not grieve for me, I have had a full life. Enjoy the trees and the flowers, the blue sky and the lovely clouds. Please don’t ever take anything in life for granted. Life is such a GIFT. No matter the struggles or the pain, I would do it all over again.”

Private arrangements were by Tuell-McKee Funeral Home in Tacoma, with interment at Woodbine Cemetery in Puyallup.