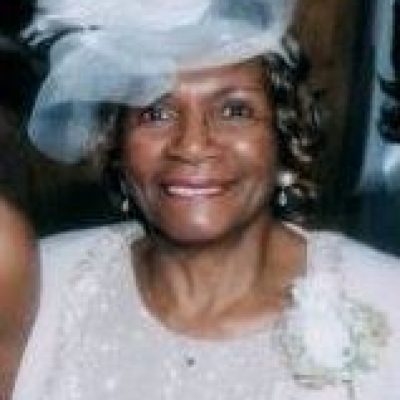 Sarah Louis Harden Porter was called to be with the Lord on April 3, 2021. She was born on Feb 2,1924, to Frank and Ophelia Harden in West Middlesex Pennsylvania. Sarah grew up on a farm in West Middlesex one of twelve children: Frank, Robert, and Evelyn. Three sets of twins: Paul and Pauline, Clinton and Clifton, and Lawrence and Florence.

Sarah attended school in West Middlesex. She met Elisha Porter and they were married on December 12. 1941. Their union produced eight children. Elisha, Barry, Andrea, James, Pierre, Kenneth, Sheila and Cathy. Elisha and Sarah left West Middlesex in 1946 and moved their family to Farrell Pennsylvania, where they lived until 1963, before moving to Sharon, PA.

In 1968 Elisha and Sarah moved from Sharon Pennsylvania to Youngstown Ohio. Sarah was a member of New Bethel Baptist Church under Pastor Lonnie Simon, there she was a member of the Altar Guild. In 1993, Sarah moved to Cleveland Heights, to be closer to her family. In 1999, she moved to WA state to be closer to her children, settling in Gig Harbor WA. She was a member of Bethlehem Baptist Church in Tacoma, WA.
Sarah held various jobs during her life: She worked in the hospital as a nursing assistant and had hopes of pursuing a career in nursing. She also worked at Westinghouse in PA, a chocolate factory in Youngstown and did some domestic work. But the job that brought her the greatest joy was her self-taught talents and creativity through decorating and cooking. She enjoyed the comforts of home and took much pride and joy in creating an environment that was comfortable, inviting, warm and pretty. She loved being surrounded by everything “beautiful.”
She was preceded in death by husband Elisha in 1986, and children Andrea 1946, James 1957, Sheila in 2010 and Barry in 2016. She is survived by sons: Elisha David, Pierre Lamont and Kenneth Allen Porter and daughter Cathy Jo Bailey. Grandsons: Dewayne Hughes, Pierre Lamont Porter Jr., Andre Denson, Dylan and Matthew Porter and Granddaughter Deborah Cook Porter. Great grandson Jaylen Porter, and five great granddaughters: Airy Denson, Twins; Kamryn and Kyndal Denson and Kaylah Denson, and many nieces, nephews and a host of external grandchildren and great grandchildren.
Sarah loved The Lord and often spoke of God’s promises for her life: “He promised to take care of me day by day.”