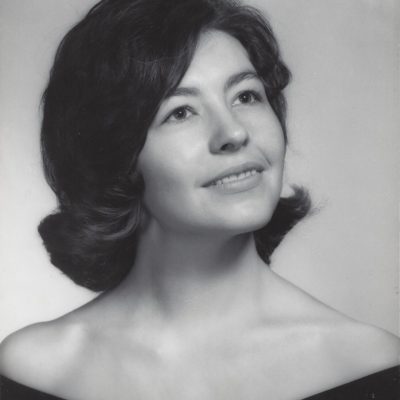 Sandra Alexander, beloved wife, mother and grandmother, went to heaven due to natural causes on April 25, 2021. She joins her oldest son Nathan, who died from leukemia on May 24, 2009, and her parents Dustin and Ruth White.

Sandy was born in Middlebury, Vermont in 1942. She met her future husband Steve Alexander in the 6th grade in Orleans, Vermont. The couple started dating in the summer of 1959, between their junior and senior years. Sandy was class president all four years in high school.

Sandy & Steve graduated from the University of Vermont in 1964, and Steve left to serve in the Eighth U.S. Army in Taegu, South Korea. The couple married while Steve was on mid-tour leave in 1965. Sandy & Steve taught English part-time while they lived in Taegu for a year while Steve finished his tour.

Sandy taught English in Northeast Vermont for a year, and then the couple moved to Boston in 1967, where Steve attended law school. Their first child Nathan was born in Boston in 1968. The couple moved to the Puget Sound area in 1970 where three more children were born. The couple attended First Church (later known as Lincoln Avenue Bible Church) for many years. Sandy was the church pianist and a Sunday School teacher. She was known throughout the community as a volunteer accompanist for many musicians. She was Bremerton High PTSA president and brought in many wonderful Christian speakers for the students. In later years, Sandy served as secretary at Charleston Baptist Church. She was in charge of church bulletins and started a church email prayer list. Like her daughter Sarah, she taught Good News Clubs.

Sandy was a behind the scenes person and terrific organizer who made things happen. She was well-known for her creativity, wonderful personality and sense of humor. She was a very caring person, who went out of her way to help many people. A voracious reader of all kinds of books, especially her Bible, she loved playing Scrabble.

Sandy’s kids were everything to her, and she spent many hours driving them to music lessons, sports games and other activities. She was a faithful daughter who traveled back to Vermont to care for both her mother and father in their later years.

In her last twelve years of life, Sandy suffered from various illnesses. Sandy is survived by her husband Steve Alexander, her three surviving children, Rachel, Andrew (Hollee) and Sarah, and three granddaughters, Elisa (21), Rylee (13) and Finley (10).