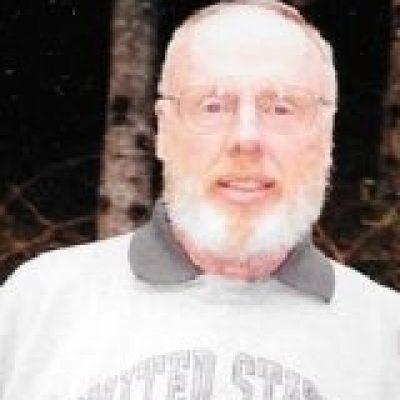 Russel J. Thomsen passed away July 27, 2020 at the age of 78, in Silverdale, Washington after a lengthy illness. He was born December 15, 1941, to Mabel and Herman Thomsen in Chehalis, Washington. He grew up on 40 acres on Salzar Valley Road, Centralia. It was loaded with maple, fir, alder and cedar trees, which gave birth to his life-long love of trees. Poverty led to depending on wild berries, cultivating a garden, raising chickens and cattle for sustenance. Russel graduated from Centralia High School in 1960, the last year being Boys Club president. He often said that his most useful class was typing. In 1964, he graduated from Walla Walla University, a feat that seemed insurmountable following a truck-pedestrian collision January 1st of that year. Severe injuries kept him in the hospital with a body cast for two months. Already accepted into Loma Linda University School of Medicine, he not only recovered but worked construction the summer of 1964. In 1968, he received his medical degree and MA in Religion from Loma Linda. He went on to complete his internship at Latter-day Saints Hospital in Salt Lake City and his residency in Obstetrics and Gynecology at the University of Utah from 1968 to 1972. He served in the United States Medical Corps for 27 years in such varied places as Fort Ord, California; Fort Polk, Louisiana, Frankfurt, Germany; Fort Wainwright, Alaska and Vicenza, Italy. Such invaluable sights, experiences and fun his family had living in those diverse locations.

For three years, He worked for the United States Agency for International Development (USAID) in the areas of women’s health and family planning, an assignment which took him to 50 countries. He retired in 1994 as a Colonel with the distinction of safely delivering 4000 babies. His patients genuinely appreciated his professional, yet caring manner. A highlight of his career was an unexpected call in 1973 to testify before a congressional subcommittee, concerning the failure of the Food and Drug Administration to regulate the testing and marketing of intrauterine devices. The Dalkon Shield, the primary focus, had many reported complications, and was subsequently taken off the market. Following his testimony, Dr. Thomsen started collecting IUDs, a professional hobby, that over the years developed into the Russel J. Thomsen Contraceptive Collection, now housed in the Department of Archives and Special Collections, University Libraries, Loma Linda University.

Dr. Thomsen had many interests: He had a great love for the outdoors, which included big trees, birds, flowers and squirrels; constructing storage sheds and extensions on the home; and competitive tennis. Corresponding to his love of nature, he was an outstanding photographer. Flowers, birds, barns, monuments and family were his favorite subjects. He loved and trained the family dog, Angel, a cockapoo lab, often putting on shows for family and friends. If he had an audience of only one, he would love to tell stories from his past. Always, creative, he developed a product called “Babydater,” an artistic folder for recording events from conception through pregnancy until delivery and into the baby’s first year. Many other complementary products followed as the Babydater Company grew. A gifted writer, he authored over 50 scientific papers and books related to contraceptive technology, health initiatives in the former Soviet Union and a variety of biblical topics.

In his earlier years, Dr. Thomsen enjoyed being involved in his church, leading in various capacities, including the robust singing of hymns, directing Pathfinder Clubs and coaching church school basketball teams. He especially enjoyed shooting baskets and playing tennis with his sons. The last 15 years were a challenge of continual physical decline, yet he was often looking for ways to help people. Another joy was listening to music that glorified Jesus, for he was earnestly looking forward to His Second Coming.

A memorial service will be held at the Bremerton Seventh-day Adventist March 20, 2021 at 2:30 PM. Memorial gifts may be given to Loma Linda University School of Medicine or Walla Walla University.