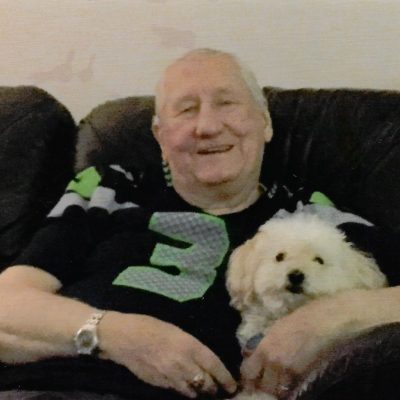 Roy David Back died at his earthly home in Bremerton, Wa at the age of 82 years.  He went home to be with his Savior on December 27, 2022.he had been a resident of Bremerton for 29 years and in Poulsbo for previous 9 years.  He passed away after living with end stage kidney disease with its many complicating medical problems and had been receiving dialysis treatment since October 2014.  He also struggled with Alzheimer’s Disease.

Roy was born on a Hopi Nation Reservation in Keams Canyon, Arizona on September 24, 1940  the family had several transitions and eventually moved to Lawndale, California where he spent much of his boyhood.  After graduating in June of 1959 from Gardena High School . He joined the US Marine Corps, serving his country for 6 years.

He met his wife, Merriditith at her father’s church and they were married on August 6, 1966.  He worked for several years as a telephone office installer and in 1983 her purchased the then Jay Oh shoe repair shop.  It became the “Poulsbo Cobbler Shoppe” and he served his community in that shoppe for 36 years until he retired in 2019 due to declining health and his wife’s urging.  He really did not want to leave his customers, many of whom became friends.

He had been attending the North Kitsap Baptist  Church for the last few years.  He much loved his friends at the church who have been so supportive over his time at the church through his many hospitalizations, especially at the Men’s Bible Fellowship.

The family would like to express their deepest appreciation for the staff at the Bremerton branch of the Puget Sound Dialysis Clinics and Dr. Karen Eady who so carefully managed his dialysis.  We would also like to thank Dr. Michael Steele, Dr. John Banzer, Dr. Benjamin Sy and Sheri Wooten, ARNP for  their many years of excellent care. For Roy.

A very special thanks to the men at the North Kitsap Baptist Church who have been so caring, helpful, patient and supportive during the time he attended, and again he so enjoyed the men’s fellowship at the Men’s group.  They meant a lot to him.  Thank you