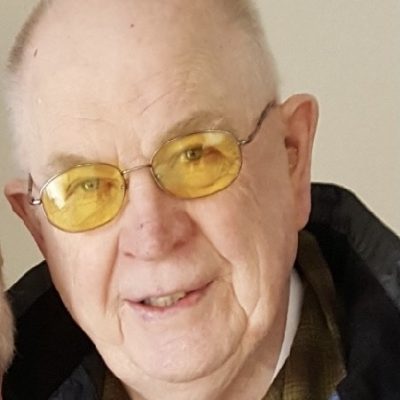 Roger Wells Kriebaum, age 90, of Steilacoom Washington, peacefully passed away on November 2, 2020. He was preceded in death by his wife Gisela and his daughter Patricia Reams. He is survived by his daughter Debora Olson, son Lee Kriebaum, grandson and wife Steven and Jill Olson, granddaughter Jamie Reams, grandson Brandon Kriebaum, and great-grandsons Matthew and Ethan Olson. Roger was born on a farm in Primghar Iowa on January 21, 1930 to Adolph and Clara Kreibaum, where he grew up with his two brothers, Dale and Lee, and two sisters, Arlys and Joyce, during the Great Depression and World War II. He left Iowa at the end of 1948 to join the Army and enter the Constabulary in Germany where he arrived in early 1949. In 1951 he met Gisela von Cieszinski and they were married in July of 1953. The Army took them to Fort Gordon in Georgia, back to Germany for a posting in Stuttgart, Fort Lewis in Washington, a Reserve unit in Salem Oregon, a 15-month separation where Roger went to Vietnam and Gisela and the family stayed in Iowa, back to Fort Lewis, a Reserve unit again in Vancouver Washington, and back to Germany for a posting near Mannheim. He retired from the Army after 20 years of service and the family settled in Steilacoom Washington where he remained for the remainder of his life.
After receiving his bachelor’s degree from the University of Puget Sound, he was hired on with the Washington State Department of Social and Health Services where he began his second career that stretched until January 1990. During his time with the State he worked in Shelton, Tacoma, and then most of his time in Olympia. He also received his master’s degree from Pacific Lutheran University during this time.
Roger had many hobbies and interests over the years. He was an avid reader and stamp collector, a crossword puzzle enthusiast, a regular card player (pinochle and then bridge), he volunteered for many years at Madigan Army Medical Center with the Red Cross, he amassed over 2,300 registered walks and 25,000 kilometers in all 50 states and several foreign countries doing Volksmarches as a member of the Evergreen Wanderers, he prepared taxes for fellow retirees/friends/family, and he spent many hours with Gisela tending to the yard around their house. In his post-Army years, he was also a Scout leader and a little league coach. He enjoyed visiting with fellow seniors at the Steilacoom Community Center as well as with the pre-school children in the Junior Explorer program.

He will be greatly missed by his family. However, we all know he is reunited with our mom Gisela, the love of his life. He is free from the ailments he dealt with for the last several years. We love you Dad, rest in peace!