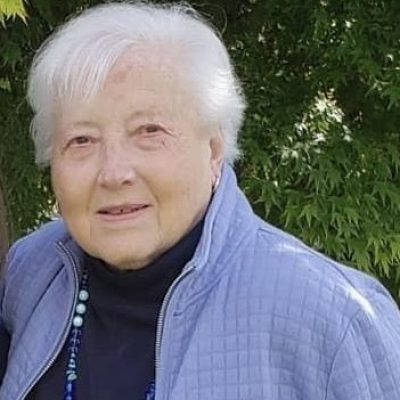 “Jean” was born in Lafayette, Indiana June 26, 1929 to Vera and Carl E Sell. She was one of 4 siblings, John, Jean, Julia and Richard. They lived in the small country town of Seafield where her parents owned and ran the local Seafield grain elevator and general store. When Jean was a teenager, she worked in the store. After graduating, she traveled into the town of Monticello for her first office job as a bookkeeper, where she met her husband to be, Richard A. Lytle, who had grown up there. Richard was in the navy at the time, and on one of his leaves, they married on September 29, 1951.

After serving in the Navy, Richard pursued a newspaper career. They moved out west first to Colorado and then to the Silverdale, Washington area where he worked for the Bremerton Sun as a linotype operator. Jean was by that time a mother, having given birth to their only child, daughter Marie in 1953. They purchased a house with plenty of yard where she has lived for 60 years. They were outdoor people, making good use of the area, with many fishing, hiking and exploring adventures all over the state. They took particular interest in the history and culture of indigenous Americans of the area.

Jean took on a position with the Central Kitsap School District as office manager for Jackson Park Elementary School where she worked for 25 years. She had a gift for organization, multi-tasking and getting done what needed doing. She enjoyed being an avid reader, antiquing, caring for her garden (especially roses). Most of all she enjoyed family get togethers, conversations and connections with friends and business contacts, quiet times in nature, picnics, seafood, following the stock market, keeping up with the news and supporting her favorite charities. We will surely miss this beautiful, smart, feisty, strong woman in our lives, but her love, memories and teachings will carry on in and with us.

Jean passed on November 7, 2021 at the age of 92 from Uterine cancer. She is survived by her daughter, Marie (Lytle) Tornow (Gerry Tornow), her brother John and Richard (Patricia), 2 grandchildren and 3 great grandchildren. She was preceded in death by her parents, husband Richard and sister Julia.

The family gives grateful thanks to CHI Hospice and Northwoods Lodge nursing staff for taking such loving care of our beloved Jean. At her request, there will be no services.