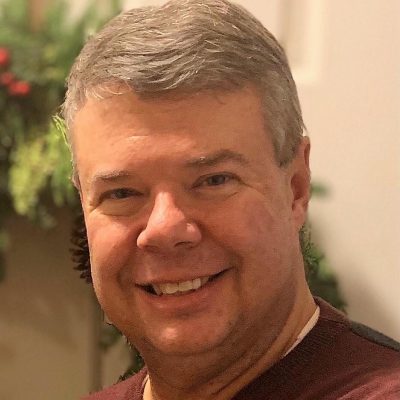 Robert (Bob) M. Hemmett, 53, of Poulsbo passed away suddenly on March 17, 2021, in Bremerton, Washington. Bob was born in San Jose, CA, and grew up in central Illinois, graduating from Mattoon High School and the University of Illinois where he earned a degree in Industrial Engineering. After college, Bob began his 30-year career as a civilian with the Navy at Naval Weapons Station, Seal Beach, CA. He married Karen Copland (Bellingham, WA) in 1993 and the couple moved to Poulsbo in 1995. Bob worked as a planner at NAVMAG Indian Island, and then most recently served as the NW region’s Real Property Officer at Naval Facilities Engineering Command NW at Naval Base Kitsap. In 2012, Bob took a 3-year position at Naval Base Rota, Spain, which was a wonderful opportunity to explore Europe with his family.
Bob is survived by his two children, Michael Hemmett and Sarah Hemmett, both of Poulsbo; Karen (Copland) Hemmett of Poulsbo, who was his wife for 27 years; sister and brother-in-law Karen & Jeff Stirrett and nephews Zack and Ben Stirrett of Shelbyville, IL; his father, Beecher (Mike) Hemmett of Charleston, IL; his mother, Patricia Hemmett of Mattoon, IL; dear friend, Jama Plotts of Bremerton, WA, and numerous in-laws, aunts, uncles, cousins, nieces, nephews, and friends.
Bob was enormously proud of his children. He kept his family laughing (and groaning) with silly dad jokes and ‘80s movie quotes. Bob loved spending time in nature, especially visiting the national parks. He enjoyed travel, road trips, and hiking local trails as well as going snowshoeing and cross-country skiing with his family. Listening to music, attending concerts, and discovering new artists were some of Bob’s favorite pastimes. He enjoyed time shared with friends drafting fantasy football teams and playing cards. Bob will be deeply missed. Arrangements for virtual and local celebrations of life are pending.