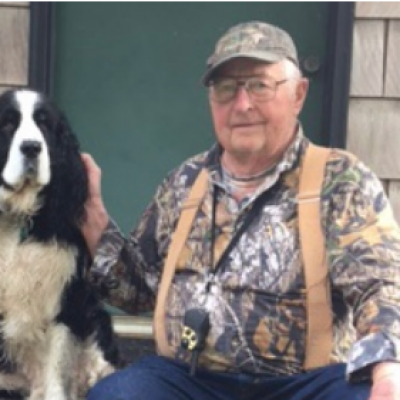 Robert (Bob) Shanks was born February 17, 1927 in Fargo, North Dakota. His father worked for Standard Oil and his mother was employed by various local retail stores. He joined the Navy at age 16, graduated from high school, and served from July 1944 to June 1946. Bob contracted polio from which he fully recovered. After his military service, he attended North Dakota State University. Once there, he met his bride to be and graduated with a degree in engineering. He and Donna Mae Evanson were married in June of 1949. They spent their honeymoon driving to Seattle because he had been hired by the Boeing Company. They lived for a short while on Capital Hill then moved to Renton to be closer to work. He spent almost 40 years at Boeing, most of them working
in the customer engineering division where he was senior manager. This position was responsible for configuring the interiors of airplanes according to the customers’ requirements. As a result, he traveled the world. One of his favorite stories was that the King of Saudi Arabia lit his cigarette with a BIC lighter.

Bob retired from Boeing in 1987 and moved permanently to Grapeview, WA where he and Donna had built their retirement home on the beach of South Puget Sound. Here they spent 14 wonderful years together until Donna passed in 2001. He continued to live in Grapeview for another 18 years until a recent move to assisted living. Bob was a community helper, a great supporter of the local fire department, raised oysters on his beach, enjoyed hunting ducks with his dog and son and enjoyed a glass (or more) of wine at the end of the day. He was loyal to his friends and generous to his family. In earlier years he was instrumental in the building of Lakeridge Swim Club in Seattle which affected (and still does) the lives of hundreds. Bob is survived by his son, Richard Daniel Shanks, his wife, Anna, and grandson, Daniel. He also leaves behind his daughter, Veda Claire Frederick, her husband, Doug and their children, Wesley Frederick and Melissa Frederick, her husband Paul and his great grandson, Evan Frederick Perry. Last, but not least, his loving dog and friend, Boof #5. 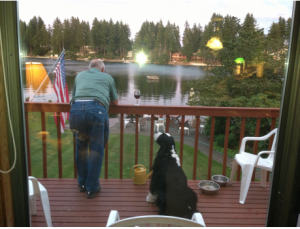