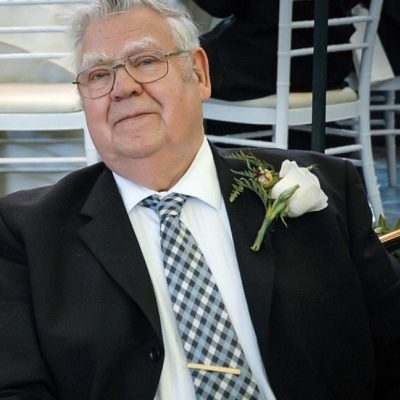 Bob was born in Binghamton NY to Charles and Eva Bennett on December 7, 1940 but grew up in Rochester NY. After joining the Army, Bob met Linda at the Tacoma Roller Bowl. The two fell in love and were married on June 24, 1967. Before he was married, Bob served in the VietNam war as a helicopter mechanic. After his engagement was made known, he was sent home to Fort Lewis. After getting married, both went to Anchorage AK. While there, the first of his two children were born, Michelle Ann and Matthew Austin.

After moving to Washington, they first lived in South Tacoma and then moved to Puyallup. That is where their next two children would be born: Mark Andrew and Megan Allison. At that time Bob worked for Hygrades meat processing plant. In July 1981, the family moved to the house in Tacoma. Shortly afterwards, the last of Bob’s children was born, Nicholas Adam. After being laid off from Hygrades, Bob took up local truck driving. He eventually was hired at Pierce Transit as a driver. That is where he retired from.

When the family moved to Tacoma, he decided he wanted to be one of Jehovah’s Witnesses. It was at that time that he decided to never miss a meeting. He was baptized on June 12, 1982 at the newly built Tacoma Dome. And he kept his promise, he never did miss a meeting, assembly or convention. Even if he had to be tied in by computer or phone. A fact that held true till his death.

Bob is survived by his brother Ed (Virginia), his two sisters Beverly Canfield, Katherine Borne, his five children Michelle Cantu (Jerry), Matthew (Stacey), Mark, Megan Moore and Nicholas (Stephanie). His six grandsons, Austin, Malachi, Jewan, Ethan, Levi and Lukas, granddaughter Darlene Sosa (Jose), great-granddaughter Lydia and a host of many other relatives. He was proceeded in death by his parents, his brother Charles and his sister Anna, and his wife of 50 years, Linda Bennett.

Bob loved his wife Linda till the end and hopes to see her in the new system of things. Many have commented about how he always had a smile on his face. He was appreciated for his volunteering spirit, his hospitality and his kindness. We have heard from many how they always seen him at the meetings. He was always at his post helping with security at the hall and during the assemblies and conventions. And we all remember him for having a cup of coffee in his hand! Not only did Bob make sure he was always at the meeting, but he honestly believed that if you are not half an hour early, you are late.

Bob went to sleep in death on April 24, 2020 at his home in Tacoma from battling cancer. He was surrounded by his family and sister-in-law till his last breath that morning. During that time, he was reminded of a favored scripture found at Isaiah 41:10 – “Do not be afraid, for I am with you. Do not be anxious, for I am your God. I will fortify you, yes, I will help you, I will really hold on to you with my right hand of righteousness.” That scripture comforted and sustained him during his last days. He knew Jehovah’s promise of a resurrection to life on earth to be real. Being loyal to his God, Jehovah till his end, we are confident that Jehovah will remember our father and friend. Very soon we will see him again. You can be sure that in paradise, he will still be smiling and serving Jehovah. We send our thanks to many who have comforted our hearts with their memories, kind words, phone calls, cards and flowers. We love you very much.

A memorial for Bob via Zoom on Saturday May 16, 2020. Please contact family for the link.