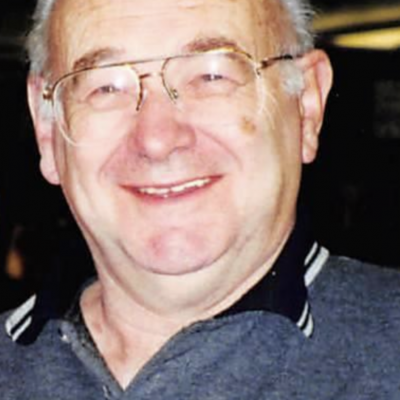 Robert “Bob” Champine
August 17, 1933 – June 15, 2020
Bob went to be with the Lord on June 15th in the presence of his wife, Jackie (Klemstein) Champine. To know Bob was to know he was a hard worker his whole life. This hardworking man, had 2 jobs by age 12; delivering newspapers and working beside his father, Ed Champine, at Silas Auto Parts. That experience led him into a lifelong career in car sales and financing, finishing as owner of Crown Auto Sales in Belfair, WA.
He was a Bremerton High School graduate of 1952 where he had been active in the choir of which he served as president for some time. His ultimate high school “win” came in 1950 when he met & began dating his high school sweetheart and wife of nearly 67 years, Jackie (Klemestein) Champine. After serving in the U.S. Army for the first 2 years of their marriage, Bob and Jackie spent the next 33 years in the Edmonds/Lynnwood area raising their 4 children and welcoming grandchildren into their loving fold before they returned to the Bremerton area. They resided in their Tiger Lake home since, hosting their ever-growing family.
In all his accomplishments in his nearly 87 years, Bob was best known as a giving man who endeared himself to people everywhere. His greatest passions in life were his family & his beloved Tiger Lake. He is survived, and will be incredibly missed, by his wife, Jackie (Klemstein) Champine; his 4 children, Jeff (Francene) Champine of Lynnwood, Deb (Gary) Spoelstra of Lake Stevens, Mark Champine of Belfair, Denise (Steve) Johnson of Anacortes; his 10 grandchildren, and his 25 great-grandchildren.