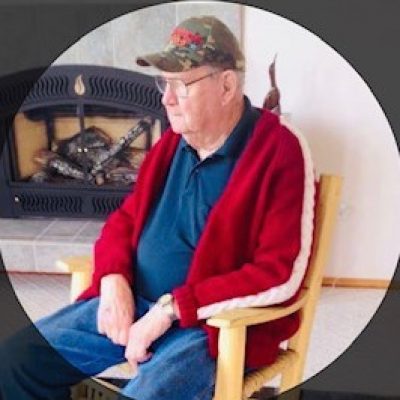 Robert Gerald Bossard “Bob”
Bob was born September 25, 1932 in Meadville, PA to Winfred F. & Catherine Chisholm Bossard. He died October 15, 2020 of natural causes.
He graduated from Meadville High School where he excelled in Track and Field and Basketball. He held several records that stood for a long time. He earned a basketball scholarship to Pitt. He became the 3rd generation in the family business F.A. Bossard & Son Moving Co.
Bob married Marcella Williams in July 1952. They divorced after 30+ years. They have 6 children: Debbie Waid, Sue Barnes, Steve (Anna) Bossard, Linda (Larry) Larsen, Dan (Jolene) Bossard, Lisa (Casey) Brown.
He moved to Washington State in the 1980’s and lived on Hood Canal, a place that he often said he couldn’t believe he was lucky enough to live in such a beautiful place. He had many wonderful friends.
For the last 30 years his companion was Susan Prather, she survives.
Bob is also survived by his grandchildren Chris (Shonda) Bossard, who has been his caregiver during the last 3 months of his life and also very helpful when Bob was still living independently. They have a very special bond. Also Tracy Waid, Emmett (Sarath) Waid, Brett (Lauren) Barnes, Kelsey (Tommy) Cole, Abby (John) Palomar, Adam (Sandy) Larsen, Drew Larsen, Nicole (Elliot) Elton, Joel Bossard, Leslie (Ralph) Patterson. He has a niece, Nadine (Jim) Lower, a nephew Scott (Heidi) Regez. Bob has 8 great-grandchildren and one great-great-grandchild.
Bob was a storyteller and appreciated interested listeners. He enjoyed collecting guns, hunting, buying & selling antiques, life in the great Northwest.
He was pre-deceased by his parents, sister and brother-in-law Marguerite (Don) Regez, mother-in-law Lois Williams, Brothers-in-law Duane (Chris) and Dave (Jackie) Williams, son-in-law Raymond Waid.
Bob was a one of a kind character, almost larger than life.