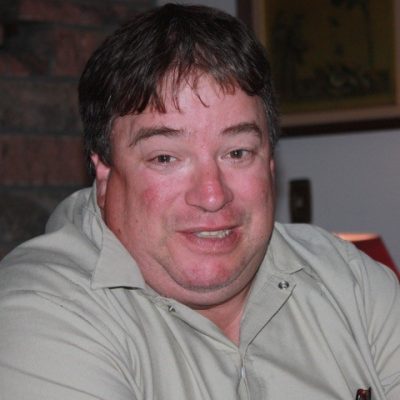 Robert Anthony Burns passed away on January 11, 2023 in Tumwater Washington at the age of 65.  He was born on November 28, 1957 in Seattle Washington to Joseph and Anne Mary Burns.  He is survived by siblings, Kit Burns, Connie Tuor, Patti Burns, Michael Burns, Phillip Burns and nephews, Mason and Sam Tuor.  Preceding him in death are John Mark (1960), Stephen Matthew (2019), and Joseph Francis (2021).

He attended St. Vincent de Paul Catholic School in Federal Way and later graduated from Auburn High School in 1976.  He played soccer and was a member of FFA, raising pigs he lovingly named after his two sisters.  In 1989 he became a member of the Fraternal Order of Eagles (Orting), where he was still a member.  Bob lived in Orting for over 37 years.

Bob worked at a gas station in Auburn while in high school.  Through that job, he eventually started driving fuel delivery trucks, working for various companies over the years.  When he retired, he was the Operations Lead at NuStar Energy in Tacoma.

In his spare time, he sometimes would serve meals for the homeless at the Tacoma Rescue Mission.  He also helped on many charity events put on by the Eagles.  Bob was a very generous and caring man.  Contributions in his memory may be given to the charity of your choice.

He will be buried in the Orting Cemetery next to Ruth Frohlich, his girlfriend who passed away in 1990.  A graveside memorial service will be planned at a later date.  He did not want a funeral.  Any further information can be found at tuellmckeefuneral.com.