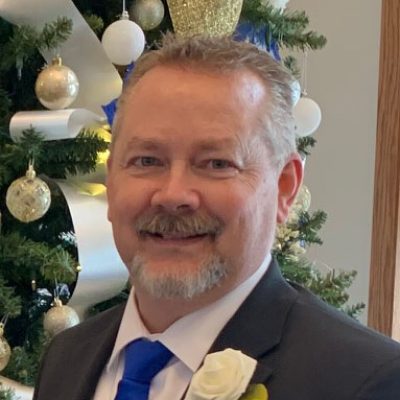 Rick grew up in Northern Indiana and graduated from John Glenn High School in Walkerton, Indiana in 1980. He met the love of his life in 1979 as a Senior in High School and they were married on November 28, 1981.

In 1986 he responded to the call of God in his life and moved to Baton Rouge, Louisiana to attend Bible College. He spent several years as a staff pastor at Family Worship Center in Baton Rouge working in the bus ministry where they bused in over a thousand kids each week to hear the Gospel of Jesus Christ.

In 1992 he followed the call to move to Tacoma, Washington to work with his father in Ministry at Abundant Life Fellowship. Pastoring wasn’t just a profession for Rick, he loved his calling and pastoring people. He never met a stranger and would talk to anyone.  He was a humble man willing to help in any way he could and a great listener. He was a leader of leaders; hundreds of people came to him hurting and left to change the world.

Rick was a farm boy at heart and loved raising chickens, he had his own little mini farm with his tractor, chickens, and dogs. He loved to ride his motorcycle. He was a fair-weather rider, didn’t like to too cold. He was very handy; he would rarely hire out if he could do it himself. He was an artist in his wood shop. He made beautiful furniture.