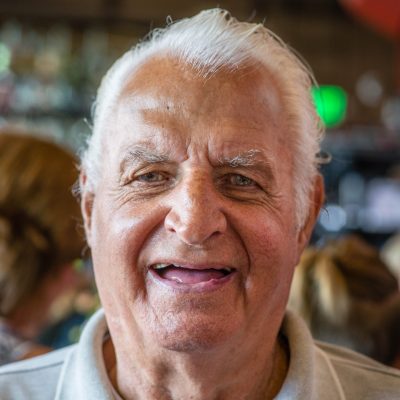 Richmond Lee Anderle, Sr. was born in Tacoma, WA on June 28, 1929 to Rudolph and Muriel Anderle. He passed away on September 11, 2020. Dick, as his friends called him, loved four things in life: his family, friends, farm and sunshine. He met the love of his life, Katherine, in 1950. On the first day that he met her he asked her to marry him. After two years of asking, they were wed on May 3, 1952. In August of 1960 they bought their farm in Gig Harbor, WA where he lived out his life. The only place he ever wanted to be was on his farm with his wife and family. You would find him working the farm, driving the tractor with his shirt off. Around Gig Harbor, he was known as the tomato man. He was a very prominent figure in the lives of his children, grandchildren, and great-grandchildren. He enjoyed their sporting events and concerts and loved their visits to his farm. With friends he enjoyed fishing, hunting, and having a good time. He touched the life of every person who had the privilege of meeting him.

Dick leaves behind his loving wife Katherine of 68 years, his daughter Rene’ (Brian), son Rick (Linda), daughters Deborah (Terry) and Mary (Andy), his sister Betty May, sister-in-laws Betty Jean, Sally and Dorothy, brother-in-laws Raymond and Pete Kovalenko (Sharron). He also had thirteen grandchildren, eight great-grandchildren and numerous nieces and nephews. He was preceded in death by his parents Rudolph and Muriel, his brothers Bob and Don, his daughter Pamela Kay and her husband Ron Williams.