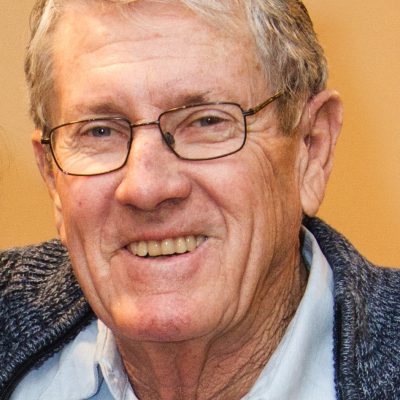 Raymond Guy Leeper, 73, of Puyallup, WA, passed away Wednesday, October 14, 2020, with his wife, daughters, and son by his side. A Celebration of Life Service will be held at 3:00 pm on Sunday, October 25th at Puyallup Community Baptist Church in Puyallup, Washington.

Early Life
Ray Leeper was born on March 12, 1947 in Keokuk, Iowa to Raymond & Mabel Leeper. He was a brother to Diana (Kaeser), Debbie (Leonard), and Davey Leeper. His siblings survive him, currently living in Cedar Rapids, Iowa.

As a child, Ray was often referred to as “Butch”. Each summer his dad would shave his head, and Ray would wear a hat to cover it, drawing attention to his new “hair-do”. That is how his nickname began with both family and friends in Iowa.

When Ray was in high school, the Leeper family moved to Fife, Washington for a new work opportunity. It was while attending Fife High School that he met Margie Bluhm (Leeper). They were married shortly after, in 1966, and started their family in 1968.

As a Provider
Taking after the Bluhm tradition, Ray began as an ironworker in 1968, eventually becoming a foreman. He then worked as a residential general contractor for many years, owning his own business (RGL Enterprises). Later, from 1998 to 2003, Ray expanded his business into the steel erection industry where he partnered with his son, Ed, and son-in law, Burgon Peterson. Amidst others, Ray had a strong reputation as a hard worker. It was always his priority to provide for and take care of his wife and family first.

As a Family Member
Ray’s survivors include his wife, Marjorie Leeper, daughters Wendy Atwood and Julie Peterson, son Ed Leeper, son-in-law Burgon Peterson and his daughter-in-law Stacy Leeper. Ray was an amazing grandpa and role model to his eleven grandchildren and a beloved great grandpa to Rayli (named after Ray) and newest member to the family Copely Guy (also named after Ray). His granddaughters were his “grandpa’s girls” and his grandsons warmheartedly referred to him as Gramps. The eleven grandchildren include – Presli (Greene), Brody, and Dawson Atwood, Burgon (BJ), Alissa, and Hannah Peterson, and Elli, Lily, Sophie, Maggie, and Griffen Leeper. His greatgrandchildren include Rayli and Copely Greene, son of Presli and Austin Greene. Ray was cherished by each of them, and his presence will be sorely missed.

As a Christian
Ray’s testimony as a Christian, along with his wife Margie’s, begins at Puyallup Community Baptist Church. In their early marriage, a Puyallup Community Baptist Church bus (driven by Mr. Jewels) would stop by their home on Sunday mornings to pick up their 1, 2, and 4-year-old children. After many weeks, God prodded Ray and Margie to attend Puyallup Community for the first time with their children, never attending a church prior to that. Both committed their hearts and lives to the Lord that day, and those who know them – know that for both Ray and Margie Leeper – there was no turning back.

As a Friend
It was also that day when Ray and Margie committed to a new family in Puyallup Community Baptist Church, a place where God would change their lives forever, including their children’s. Ray found growth in the Lord, and he and Margie found fellowship in Jesus with many of their closest friends. At Puyallup Community, he also found bible study friends, golf partners and travel partners (especially to the Palm Springs area).

As a Faithful Supporter & Encourager
Even during monetary struggles, Ray financially sacrificed to have his kids in a Christian school and continued to support them financially as they attended a Christian college. He was a spiritual leader to both his kids and grandkids by his example and words. He also supported his own children throughout school and college, by attending their events and even coaching their little league teams. His grandkids would also say he was a #1 fan – cheering on his grandkids in both sports and activities – whether sports games, school programs, plays or piano recitals.

Not only did Ray support his kids and grandkids, but he was a “hands-on” father and grandfather, always keeping active. He helped them to build and remodel their homes, fixed things in their homes, rescued them when car batteries died, helped clean out garages, move, and even helped his son completely re-build a car. He was an example of faithfulness and support, and all would say that he worked hard at what he did… always, giving others 100% of his time and energy. Ray’s children, children’s spouses, and his grandchildren knew their grandfather was a faithful man of God, could always be depended on, loved Jesus and his family deeply, and was someone they could aspire to be.

Other Interests
Ray also enjoyed working in his meticulous yard and tinkering around in his many outbuildings. He appreciated his cars, motorcycles, golf, and watching NASCAR racing. For evening entertainment, he loved playing cards and games with his family and friends.

Ray was a faithful man of God, a husband, dad, grandfather, great-grandfather, friend and a hard worker. He was a faithful church member, a faithful family member, and most importantly, Ray was faithful to God. He will be missed by all, but his family is at rest knowing that he is laying down his crowns at the feet of Jesus, serving God and giving him glory in heaven as he did on earth.