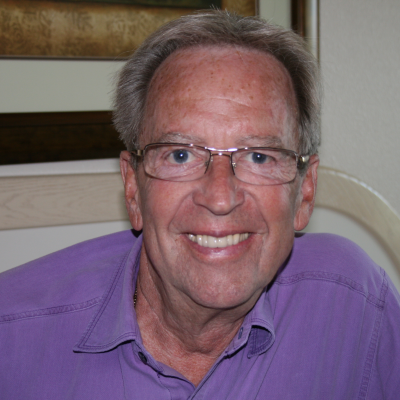 Long time Tacoma resident Michael Gordon Mayes, age 79, passed away on December 29, 2019, after a short battle with Acute Myelogenous Leukemia. His wife and three sons were at his bedside. Mike was born on October 12, 1940, in Fort Smith, Arkansas and moved to Tacoma at the age of three. After graduating from Stadium High School in 1958, he joined the Coast Guard Reserves and then entered the University of Washington where he pledged the Beta Theta Pi Fraternity. He later transferred to the University of Puget Sound where he earned his BA in Art. He was one of the original founders of the Beta house at UPS. Mike was married to the love of his life, Susan J. Mayes (Lundahl), on February 25, 1967.

Mike first began his professional career in advertising and marketing as an associate with Graves and Associates, later joining the staff of ASC Pacific, Inc. In the early 80’s he launched his own successful business: The Marketing Connection. Mike maintained strong ties with college friends, his fraternity brothers, and circle of close family friends. All appreciated his quick wit and great sense of humor. Golfing was a favorite pastime. He always looked forward to his golf trips with his Beta brothers. he enjoyed lunch out with friends, dog sitting, and caring for his yard. In recent years, since retiring, Mike and Sue planned annual road trips to the Southwest where they enjoyed recreating in the warm sunshine and connecting with friends and relatives.

Mike was a compassionate, caring person who embodied the importance of family. He relished time spent with his sons, daughters-in-law and grandchildren. of whom he was very proud. He will be greatly missed by his family and friends.

Mike was preceded in death by his parents Lawrence and Peggy and his brother Plillip.

A memorial service will be held on February 7, 2020, 2:00 PM at University Place Presbyterian Church, 8101 27th St. W., University Place. A reception will follow. In lieu of flowers donations can be made to American Heart Association.