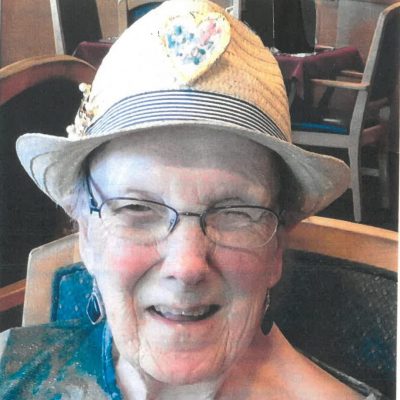 May E. Fuller (83) passed away on Thursday December 24 from natural causes in the privacy of her room at the Stafford Suites Retirement Home in Port Orchard, WA.
May was born in the family home in Rainier, Washington on May 3, 1937. She was born into a large family with 4 brothers and 2 sisters. She was the youngest female of the group. She had the pleasure of watching the brothers and sisters play out their pranks in their childhood and throughout their adult lives. May’s personality touched everyone that she came to know. She had a flair for knitting and spent a lot of her spare time knitting booties and blankets for charities and friends. She had a passion for children, especially babies. May was an angel to many and never said a bad thing about anyone.
May attended schools in Pierce and Kitsap county, and graduated from Central Kitsap High School in 1956. She met one of her best friends, Sandy Beeson, while attending CK High school.
May married Frank Gallant in 1960. He had an unfortunate end to his life in 1967 in Vietnam. Due to her brother Roy’s relationship with Richard (Dick) Fuller, she was able to meet her next true love. After a short courtship, May married Dick Fuller in 1970. She was married to Dick for 18 years until his unfortunate bout with cancer in 1988. She married into a relationship that had an already established family. She quickly won the hearts of all of Dick’s children and flourished in the life that came by sharing her love and kindness with all his children, grandchildren and great grandchildren.
May is survived by her brother and wife Roy and Elaine Hart from Olalla, WA; her sister Shirley Holloway from Ridgeville, IN; two sons and two daughters Stephen and Toni Fuller, Lawrence and Marilyn Fuller, Sandra Dillon, Sheryl and David Espie, ; grandchildren Richard (Ricky) Fuller, Timothy Fuller, Christopher Fuller, Christina Fuller, Stephen Dillon, Daniel Espie, Stephanie Espie; plus many great grandchildren and her many nieces and nephews. All of whom she loved and touched very deeply.
May has chosen not to have a formal funeral service or viewing. She has, however chosen a special course, and the family will have a small gathering to honor her life and deposit her ashes with Richard.
God bless the outstanding life that this woman led. We will miss her.