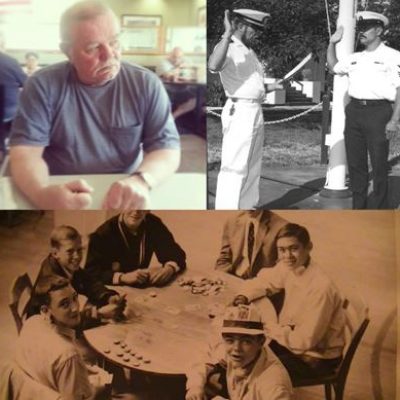 Malcolm Bodwell McTernen III, age 74 of University Place, Washington, died of natural causes on Jun 21, 2021, at Saint Joseph’s hospital in Tacoma, WA.  A funeral service with full military honors will be conducted at 3pm Thursday July 22nd, at Tahoma National Cemetery.    Malcolm (Mac) was a 27-year veteran of the United States Navy and a retired Chief Warrant Officer 3 (CW03). He served as a Cryptologic Technician during the Vietnam and Persian Gulf war. Mac truly loved the Navy and especially loved the time he served on the USS Mobile Bay (CG-53).  If the Navy would have let him serve 50 years, he would have.  Living the true Navy life, his career took him to every continent. Anyone who knew him, knew his quick wit and excellent sense of humor. His passions outside of the Navy included swimming, sports, movies, and anything numbers. He would read the annual Baseball Almanac cover to cover. After the Navy, Malcolm went on to attain his law degree.  Unfortunately, that career path was cut short by a stroke which left him unable to work.  Defying medical odds, he went on to live another 20 years, moving to the Pacific Northwest to live near his children and grandchildren.  He is survived by his siblings Lorraine and Warren, his two sons, Malcolm and James, his Daughter Margaret, and his grandchildren Sunshine, Darien, Elliot, Dylan, Henry, and Andrew.  In lieu of flowers, please consider donating to the Gary Sinise Foundation: https://www.garysinisefoundation.org/.