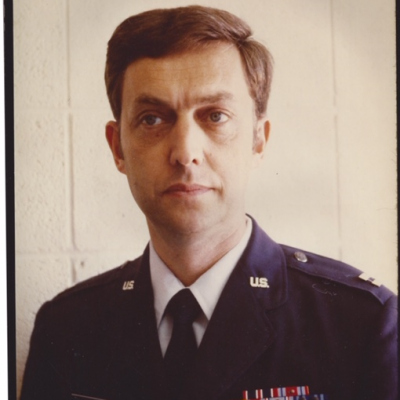 Robert was born on July 25, 1936 in Forrest Hills, New York to Royal Elton Miller and Amanda Aline Miller. He grew up in Islip, New York and graduated from Islip Highschool in 1954. Robert enlisted in the U.S. Air Force in 1954 and was stationed in Sculthorpe Air Force Base in England in 1958 where he met and married his wife Joan. After leaving the Air Force in 1962, he worked for the Grumman Aircraft Company in New York. In 1965 Robert Received his BSEE Degree from Northrup Institute in California. After graduation, he was hired by the Boeing Company in Seattle, Washington and later Honeywell Corporation where he worked for 10 years. He re-joined the service in 1971 and attended the Air National Guard Academy of Military Science where he graduated with honors as a 1st LT in 1973. He was stationed in Bellingham with the Air National Guard as Detachment Commander of the 262 combat comm squadron. At the end of that term, he became the Detachment Commander of the 256 combat comm group from which he retired from military service in 1996. In his retirement Bob was busier than ever pursuing many interests. He loved history and for over 20 years was a weekly volunteer at the Washington State History Museum. He had a love of woodworking, having his own small business making pens, pencils, and other items and selling them at craft shows and bazaars. He had a love for gardening and their yard was always beautiful year after year. You would be hard pressed to find a weed! Bob and Joan enjoyed traveling, especially the trip they took last fall on a river cruise to Europe. He enjoyed the symphony and theatrical performance and had season tickets to many events. He especially loved soccer. After being an adult men’s soccer referee for over 30 years, he loved to watch the Seattle Sounders FC and was a season ticket holder for nearly 10 years. He also enjoyed English soccer with Manchester United being his favorite team. He was very active in his church at St. John Bosco in Lakewood and will be missed by his many prayer partners.

He is survived by his loving wife , Joan of 60 years. His three children, Son Steven Robert Miller and his wife Monika, daughter Jayne Elizabeth Nilsen and her husband Douglas, and son Patrick David Miller, five grandchildren, Erik, Jonathan, and Samuel Nilsen and Gerritt and Haaley Miller, his sister Amanda Breig and her husband Al. He was preceded in death by his parents Royal and Amanda Miller, brother Royal Miller II, sister-in-law Vera Miller, sister Elizabeth Canle and nephews Michael and Brian Canle.

A Funeral Mass will be held on Wednesday, October 16, 2019 at 10 a.m. at St. John Bosco Catholic Church in Lakewood, Washington.

Burial, with full military honors, will be at Tahoma National Cemetery.

In lieu of flowers, please donate to a veteran organization of your choice, wounded warriors or the U.S.O.