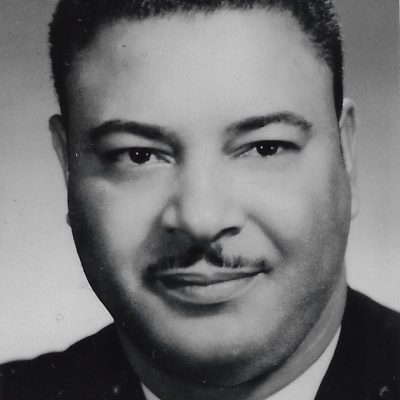 The Life of Leroy

Leroy Joseph Williams was born April 13th, 1937 in Franklinville, Louisiana to Calvin Sr. and Lucille Williams. He accepted Christ and was baptized at an early age. He attended First Israel Baptist Church in Belle Rose, LA.

Leroy was also known as Lee. He came to Bremerton, Washington and was stationed in the Puget Sound Naval Shipyard on board the USS Missouri. He served eight years and when he was discharged his rank was defined as 2nd class Youman with an Honorable Discharge. He was also given the Good Conduct Medal (1st award period of service ending July 19th, 1958). It was in Bremerton that he met Verna Lewis. They were married July 2nd, 1960 and raised three children, Linda (Lewis) Harvery, Gregory Lewis, and Sandra (Lewis) Jackson. He became a member of the Sinclair Missionary Baptist Church under the leadership of Reverend Calvin E. Kellar. He served as a Trustee, Sunday School Teacher, Sunday School Superintendent, and organized an anniversary book in 1963.

From November 1961 to November 1972, he was a Cost Accountant for the Boeing Company in Seattle, Washington. He prepared and presented to management the contract cost status report, weekly manpower report, weekly overtime report, discretionary fund report, active contract cost status report, and performed other assignments as required. From November 1972 to February 1973, Leroy was a Financial Consultant for the Seattle Model City Program. He provided information and analysis of the Seattle Model Program plan and budgets to program administrators including the Seattle City Council and audit agency contracts. From February 1973 to December 1977, he worked for the Seattle City Council as a Seattle Washington Legislature Fiscal and Program Auditor in the Legislative Audit Section. Leroy performed financial and program performance audits of the city departments and programs for legal compliance, and economy and efficiency program effectiveness. He reviewed and assisted in preparation of the city budget and provided additional research and information services as requested by the City Council. During the time of January 1974 to 1982, Leroy was an instructor for the School of Business at Olympic College of Bremerton, Washington. He taught subjects such as bookkeeping, accounting, business government and society, office machines, and other business related subjects.

He loved his family and friends and always had lots of advice for us and them. His laugh would draw attention because he would rock back and forth in his shoes with his hands in his pockets. To cherish his memory he leaves his wife, Verna Williams; Children, Linda Harvey, Gregory Lewis, and Sandra Jackson (Marvin); Aunt, Maxine Reed; Two brothers, Russel Williams (Shirley) of Chicago, IL and Alton Williams (Rita) of Jolliet, IL; Grandchildren, great-grandchildren, nieces, nephews, cousins, and friends.