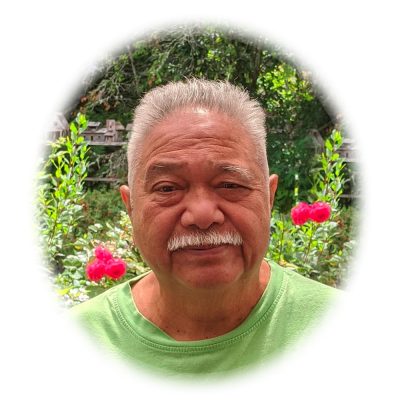 Leland “Lee” Philip Acoba, of Port Orchard, WA, a husband, father and papa has passed away before his time. Lee passed at the age of 77 on September 1st, 2020 at St. Michael’s Hospital in Bremerton, WA.

The son of the late Felesimo (Phil) Ramones Acoba and Rosaline (Sally) Acoba was born February 7th, 1943 in Honolulu, Hawaii.

Lee graduated from St. Louis High School in Honolulu, Hawaii class of 1961. He then moved to San Jose, California and attented San Jose City College. While living in San Jose he started a band which is where he met his wife, Marcia Jeanne Blaisdell. They moved to Washington and got married March 19, 1977.

Lee worked for Puget Sound Naval Shipyard from 1977 to 2003 and retired as a Nuclear Submarine Supervisor. His passion for singing and music also led him to own and operate a karaoke business in Port Orchard for over 20 years where he was lovingly known as “Mr. Lee”.

Lee will forever be remembered as an incredible cook. He enjoyed time with friends and family and was always the life of the party. In recent years he has enjoyed living the retired life and being a loving Papa to his grandchildren. He was “living the dream” and RV-ing as much as possible with his wife Marcia at his favorite spot in Westport, Washington.

A special thank you to all family and friends for their loving care and support.