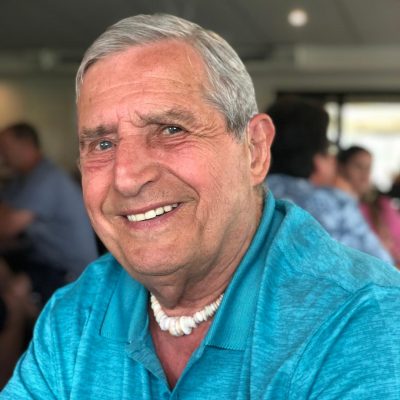 Kenneth G. “Kenny G” Byrne, of Bremerton, age 79, passed away unexpectedly and peacefully at his home, with his beloved wife of 27 years by his side, on September 16, 2021 from a ruptured abdominal aortic aneurysm.

He was born in Bremerton on December 30, 1941 to Gordon and Winifred Byrne. His father worked at Puget Sound Naval Shipyard and the family lived in East Park. When he was a toddler, he moved with his mother and sister Eileen, to British Columbia, Canada eventually settling in Lillooet. At the age of 13, Ken returned to the United States when his father, that he barely knew, flew him out of Canada in a float plane. That long and fascinating story involved “kidnapping across an international border”. It even made a Canadian newspaper and was one of his favorite stories to tell.

Ken was employed in sales for much of his life including insurance, automobiles and real estate. He would say “the saddest salesman in the world is one with a story to tell and no one to tell it to”. Ken even earned his pilot’s license and flew a small plane back to Lillooet. He loved motorcycles and was proud to have once completed the “Black Hills Enduro” race in Capitol Forest State Park, Olympia WA.

Ken enjoyed sailing with his wife and was living on his 26’ sailboat when they met. They were married in Port Townsend, WA on Sept 17, 1994. One of his proudest moments was completing his Associate of Arts degree at Olympic College in Bremerton, at the age of 53. He had many adventures in his life and always wanted to write a book about it. His favorite poem was ‘Daffodils’ by William Wordsworth, which Ken had memorized as a child and recited from memory in his last days.

Ken is also survived by many great nieces, nephews and cousins, including the large “Harris clan” of his “Aussie cousins” that he was overjoyed to meet there in 2018. He was hoping to have the chance to travel and visit more cousins across the country and across the border.

His ashes will be buried at Island Lake Cemetery in Silverdale at a private gathering of family and close friends. Ken had the biggest heart and loved all the members of his extended family including his two rescue dogs Lady and Max. In lieu of flowers, the family requests that any charitable contributions in his name be made to either Kitsap Animal Rescue and Rehabilitation, at http://nwkare.org/ or the Bremerton Central Lions Charitable Foundation, PO Box 707, Bremerton WA 98337.