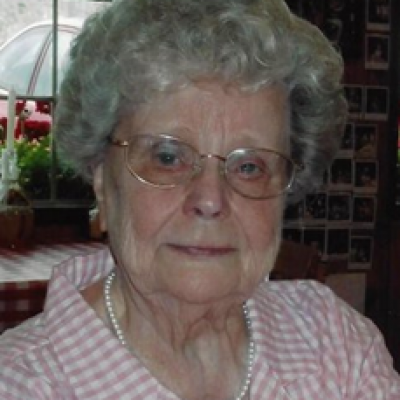 Kathryne E. Easterday, loving wife and mother, left for heaven on Dec. 15, 2020 at the age of 96. She was the daughter of Elmer and Elizabeth Johnson of Tacoma. Born on Oct. 4, 1924, the oldest of three girls, Iris and Beverly, all preceding her in death. While still in high school, she met her future husband, Don Easterday, at a dance. They later married on June 2, 1945 and had two sons; Vance and Val. Her husband ran his own construction company and built many homes in the Kitsap area. Katheryne was the bookkeeper and played the role of interior designer for each house that was built. She came to know her Savior Jesus through the ministry of a Billy Graham movie. Her and her husband, Don, were active in Olalla Bible Church and later at Burley Bible Church. In retirement, Kathryne and Don took up the RV life and traveled for a number of years before settling down once again in the Kitsap area. After her husband’s death in 2009 she lived at Liberty House and lastly at Life Care Center of Port Orchard where she was taken care of by many kind hearted people. She is survived by her sons, Vance (Georgia) and Val (Marilyn) and four grandchildren: Doug, Eric, Sheila and Curt and eight great grandchildren and one great great grandson. Her family will miss her presence but know they will meet her again in eternity.