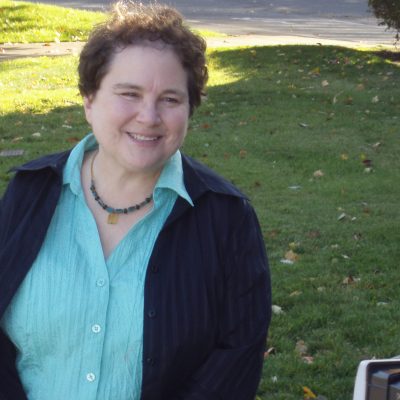 Kathryn (Kattie) Wiegman, eldest child of Dr. Eugene and Kathleen Wiegman, is now with her Lord after passing away at home supported by loved ones.  She is survived by her sisters Rose (Wayne), Jeanine (Gadi), Gretchen (Kevin), brothers Mark (Ann) and Matthew (Lynann), and many aunts, uncles, nieces, nephews and cousins. Kattie was born in Oak Park, IL. As a youth, she loved caring for her younger siblings and helping mom around the house. Kattie, Mark and Rose were like the 3 musketeers in their younger years, so inseparable, many people thought they we were triplets.

“We spent many wonderful days skating on the lake, sledding the local streets and enjoying local swimming pools. In later days, Kattie upgraded to a scooter and she went everywhere on that thing and was fast. Many a time we were driving through town and Rose and Jeanine would joyfully callout, there’s Kattie!” — Mark.

“I remember her singing in the school play – she had the best voice. I learned “bravo” that day as a way of telling someone they did a good job. When we talked, she always wanted to know about what I was doing, my family, my friends. She did not put herself first.”— Rose.

“Kattie and I used to walk together to the Saturday Matinee double-feature at the Parkland Theater. It was a quaint retro theater, with an old-school charm just a short distance from home. On the walk back, Kattie and I would discuss the movies we had just watched. We moved further away and stopped walking to the movies together. Years later, I went back with Kattie and my three girls to see a children’s film at the Parkland Theater. It still had the same sticky floors from spilt soda pop, but it brought back lots of good memories.” — Jeanine.

“I was fortunate to room with Kattie from a young age. She was everything an older sister could be, exposing me to books, art and music. My cherished memory is reading the Laura Ingalls Little House on the Prairie series with her.” — Gretchen.

She followed her father’s vocation, graduating with an education degree from Central Washington University. She quickly found her niche teaching HeadStart and math to lower grades.

“She was God’s gift to some very bright, curious, articulate but underserved children and an advocate for their families. As an Early Childhood Education specialist, she threw herself into her job heart and soul. The HeadStart community in Tacoma was a very comprehensive and tight knit group. Kattie emerged as a bright and articulate leader. She was respected and admired by her peers and administrators. She gave everything she had to her students. In return they filled her heart with happiness and joy. She was always available to help her students, their families, other staff members. Katie was a tried and true friend. For the past 40 years she’s been there for all the celebrations and All the crisis.  She’s been in many emergency rooms and surgical waiting rooms.  She has babysat, cat sat, Dog sat, watered yards, helped at wedding parties, graduations, Celebration of Life parties, anniversary parties and everything else.  She was a friend to the end.” Theresa Thommaney

Though tiny in stature, she had an outsized zest for life and a wickedly terrific sense of humor. She was active with the Mountaineers and had a longtime membership with the Tacoma Wheelman’s Club. She was a devout Christian and celebrated her faith regularly with friends and family. She was a member of the Commencement Bay Church of Jesus Christ Latter Day Saints on Pearl St. She had a passion for politics and concern for others who were not being treated fairly.

She remembered everyone’s birthday and special dates with a card or phone call. Kattie had one last message for all the caregivers, friends and family who supported her through very challenging health matters.

“I felt blessed that so many people came to my aid. I felt I never said thank you enough, so please know my deep appreciation.” — Kattie

The Wiegman family would especially like to thank Kattie’s dear friends Theresa and Joyce, Grace her caregiver and the staff at Brookdale Allenmore. Kattie left an indelible imprint as a kind and gentle soul with a courageous spirt to match. A Life Celebration is planned for later this summer. Donations in lieu of flowers to the Tacoma Public Library, https://www.tacomalibrary.org/blogs/post/library-giving-day/ and Salvation Army Tacoma Corps, https://tacoma.salvationarmy.org/tacoma_corps/