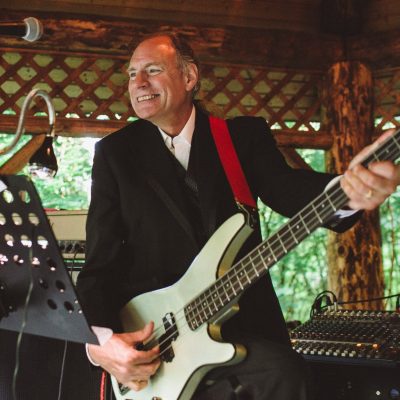 Karl Bryan Iams, 63, of Tacoma, WA, passed away on October 20, 2022, due to heart failure. Karl was born at Tacoma General to Don & Nancy Iams on December 30, 1958. He was a happy and outgoing boy, and spent his childhood on his family’s farm, running through the woods with his two brothers, selling roadside corn, and raising chickens.

A track and basketball athlete and FFA enthusiast, Karl graduated from Eatonville High School in 1977 and earned a bachelor’s degree in Chemistry from Pacific Lutheran University in 1981. He was passionate about protecting local habitats and eventually spent his career at Occidental Chemical and US Oil & Refining Co. as an Environmental Engineer.

He was married to his wife Zelda for 33 years. They enjoyed spending time together and had many shared hobbies, including traveling, softball, gardening, and mountain climbing.

Together they traveled all over the US and Mexico, and also to Egypt, the Peruvian Andes to hike to Machu Picchu, and Ecuador to the Galapagos. They summited Mount Rainier together in 1996.

Karl was many things. He was a songwriter who played in several bands throughout his life and was skilled at many instruments. He was an author who published a science fiction novel. He was a runner who completed multiple marathons.

He was an entertainer and the life of any party. He brought people together and was known for arranging mountain climbing trips and parties.

Karl was a huge fan of youth sports. You could hear his loud voice at every event, cheering for his three children and all of their teammates. He was an assistant soccer coach for multiple years.

He put his family first and was proud of his three children. He was a loving and supportive father and created countless fun memories for them. Karl was also a great teacher, and loved to share his wisdom with his kids and when volunteering in schools as a mentor.

Karl leaves behind his wife, Zelda; his mother Nancy; his brothers K.W. and Glen; his three children, Leanne, Zack, and Deziree; and three grandsons, Rainier, Corban, and Cadmus. He was preceded in death by his father Don Iams

A memorial service will be held at the Milton Activity Center on November 19 from 2:00 to 4:00 PM.

In remembrance of his life, any donations may be made to KPLU (NPR) www.knkx.org/support-knkx-public-radio