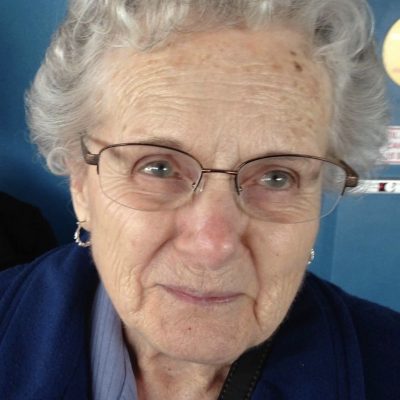 Mary Juanita Mace Christopher, 97, passed away on Thursday, Sept. 1, 2022 at The Ridge Memory Care in Silverdale.

Juanita was born April 25, 1925 in Portland, CO to James “Abe” and Blanche Govern Mace.  In her grade school years the family moved to Missoula, MT where she completed her education in the Missoula schools.

During World War II she moved to Everett, WA to support the war effort working in the office at the Everett-Pacific Shipyard. At the end of the war she returned to Missoula.

Juanita married Robert Christopher on October 14, 1950.  They shared 54 years together before Bob passed in 2004.  They greatly enjoyed their children and grandchildren, the beauty of their ranch and the love of each other. She was especially proud of her rose garden.

Following Bob’s passing, she moved to Silverdale, WA to be closer to family.

She is survived by two daughters, Jill Spieker and her husband Michael, and Brenda Beers.  Also surviving are grandsons, Robert and Terry Christopher and Brian and Chris Beers; granddaughters Amy Spieker and Angela Spieker Gaulke; eight great grandchildren and six great, great grandchildren.  Also a number of nieces and nephews.

Juanita’s family wish to thank the staff at The Ridge Memory Care facility and Crista Shores Assisted Living for providing such loving and compassionate care to her.

A celebration of Juanita’s life and inurnment will take place in Missoula, MT.  Local arrangements are under the direction of Tuell-McKee Funeral Home.

In lieu of flowers the family suggests memorials to St. Jude Society or the Alzheimer’s Foundation.