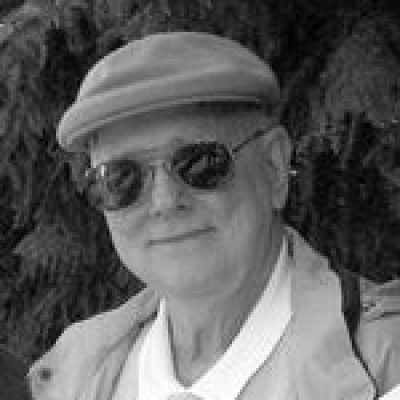 He was born September 1st, 1933 in Seattle to John Ludwig Webber and Marian Wilma Webber, the oldest of three children. He graduated from Ballard High School in 1951 and attended the University of Washington.

He started a career at Citizens Federal Savings & Loan, where he advanced to Senior Vice President and Director of Marketing. He left banking to pursue his long held dream of living in Hawaii, but returned to the Northwest for good in 1990.

He had many hobbies and interests, including painting, playing bridge, fishing and gardening. He was always a lively conversationalist, interested in almost everything in the world, and had a lively sense of humor. He was a devoted husband, father, brother and grandfather.

He is survived by his wife of 21 years Sandra; his three children, John Jr. of Munich, Germany, Melanie of Silver Lake, and Brent of Mill Creek; two sisters, Marilyn Caron of Marysville and Lila Johnson of Mill Creek; and five grandchildren, Beau, Rachel, Holly, Jackson and Emma.