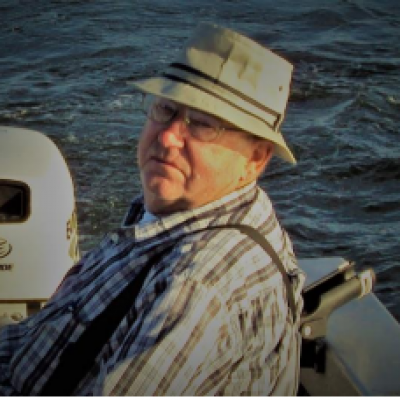 Born November 20th, 1936 in Beauford, Minnesota in the county of Blue Earth.
He passed away on the 7th of January 2020 surrounded by family.

John started his career by joining the Army in 1954 as a vehicle mechanic 3 years later in 1957 he was honorably discharged. John worked numerous years at Tacoma boat as a shipwright, he later changed his career and retired as the boat building instructor at Bates Technical College. John loved fishing with his grandsons, he was an avid fisherman. He found peace on the river with a fishing rod in his hand. He enjoyed gardening for his family and pickling on the back porch. This man’s day wasn’t done until darkness forced him in the house. John was a true outdoorsman and was always up for an adventure, anyone that knew him would agree that he had the biggest heart and would do anything to help.
HIS MEMORY FOREVER LIVES IN OUR HEARTS

John was preceded in death by his parents Charles and Elsie Possin, 7 of his sisters Rosie, Evelyn, Esther, Bernice, Frances, Oly, Laverne.

Celebration of life will be held at Bethany Lutheran Church on Saturday January 25th from 11 am to 3 pm.