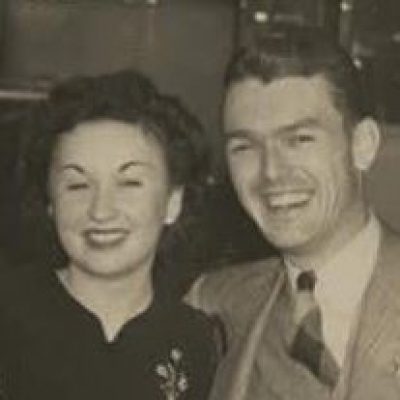 JoAnn Boldt traveled a long way, from her Ohiowa, Nebraska birthplace in the deep winter of 1930 to her last home in Gig Harbor, Washington in the spring of 2021. And in those 91 years she packed several zip codes (from Lincoln and Omaha to Crown Point, Indiana and Dallas), created comfortable homes, enjoyed a close, extended family and many amazing friends.

If JoAnn had a life-changing moment, it was meeting Don Boldt at Lincoln’s Gold & Company department store in 1946. For Jo it was her first job – at 16 – after high school, while for Don it was a return to Gold’s after his discharge from the Army that same year. In 1948 they married, and their 66-year partnership began.

JoAnn was the last of five children born to John and Emma Claussen; the oldest sibling, Ruth, was born in 1908, followed by Elmer, Roy, Dorothy and JoAnn. Dorothy was the closest in age, and they became – from JoAnn’s high school years – not only siblings, but lifelong friends. It was Dorothy, with her husband John Idt, welcoming Jo and Don to Dallas in 1974, introducing them to what would become their lifelong home.

And home was at the center of JoAnn’s life. With the move to Dallas, and with kids almost out of the house, she devoted her time to creating a comfortable home while donating time to Dallas’ Charlton Hospital gift shop for more years than her family can reliably count. And their comfortable home was open to both her extended family and numerous friends, many coming from connections made through the Duncanville Women’s Club.

With Don’s retirement in 1984 the two hit the road, towing a trailer through the majority of our 50 states, staying in touch with both close family and distant friends. Those trips also created lifelong memories for their first grandchildren; Sean and Lauren were invited to share their time on the road until summer jobs conflicted with travel schedules.

With advancing age and less inclination, the trailer and Suburban were retired, replaced by car trips and air travel. Highlights of that would include regular visits with their son Kevin in Gig Harbor, Jo’s brother Elmer in the DC area, sister Dorothy in Texas’ Hill Country and close friends in and around Lincoln. With the number of roads traveled, it was a life well lived.

JoAnn was preceded in death by her husband Don, all four of her siblings and their spouses, and nephew Chris Claussen. She is survived by her son David and his wife Tina; son Kevin and his wife Bridget; grandson Sean Boldt; granddaughter Lauren and her husband Ethan Dietrich; and grandson Jack Boldt. JoAnn greatly enjoyed the company of great-grandson Rhys Boldt, and was overjoyed by the 2020 arrival of great-granddaughter Evelyn Dietrich. Jo was also loved – and will be warmly remembered – by nieces Paula Hart and husband Bill; Karen Shields and husband Mark; and Denise Bearden, along with grandnieces and grandnephews throughout the country.

A long life gives a chance to make any number of impressions, and we hope those impressions – the faces we put to the world – are positive. JoAnn’s love warmed all that knew her, while her personality and genuine interest in others created an instant connection far stronger than any offered by today’s social media. Her arc began modestly and ended much the same way, but in her 91 years she enriched all of us fortunate to have known her. We’re lucky to have loved her.