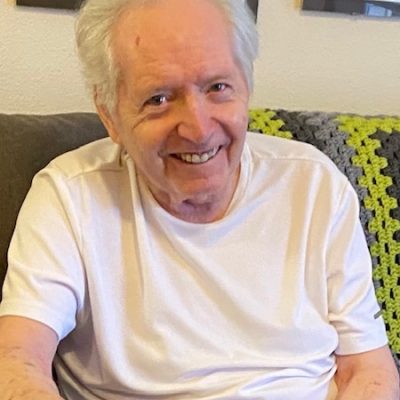 Jerry Lee Trew, 77, of Bremerton, Washington passed away on June 12, 2020 at Clearbrook Inn after a long battle with Parkinsons.

He was born to parents Dale & Norma Jean Trew on January 4, 1943, in Wallace, Idaho. Jerry attended school in Elma, Washington and he followed in his father’s footsteps for his love of cars and auto body repair.

Jerry opened Trew Auto Body Inc in 1984 which was his lifelong dream of owning and operating an auto body shop. He did this with his now former wife and business partner Sheri(Trew) Siliven. Trew Auto Body is still operating and thriving under the current ownership of his daughter Tammy Trew.

Jerry was known for his love of golf and sense of humor, he could always tell a good joke. He adored his kids, grandkids and great grandkids and anyone that met him knew this. He had a smile that was infectious. He is loved by his family and friends and we will all miss him deeply.

A very special thank you to Nancy Pigeon for the love, care and friendship that she provided to our dad during his illness. And to Clearbrook staff for their great care this past year.

There will be a Celebration of Life held on August 15, 2020 at 1:00pm at Putters at Rolling Hills Golf Course.