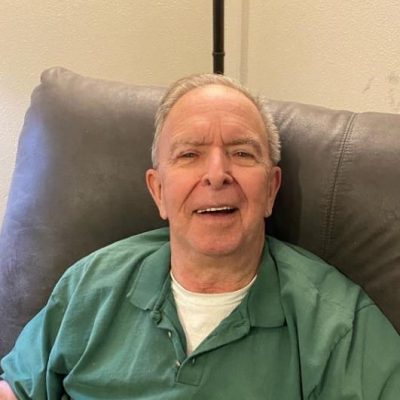 Jim was born in Hartford, Connecticut to James A. Patterson and Frances A. Gibbs. As a young child he landed his first job delivering newspapers starting at the moment he learned to walk.

Meeting his wife, Sandra, as a teenager, they soon began a loving marriage which spanned 65 wonderful years. Together they raised 4 children, Jim, Elaine, Charlie and John.

Jim had a lengthy career in the U.S. Navy as a Nuclear Engineer. During the course of his career, he received multiple degrees from Purdue University in West Lafayette, Indiana and MIT in Boston, Massachusetts, where he obtained a couple Masters in the field of Nuclear Engineering. He was a highly decorated Viet Nam Veteran, receiving numerous ribbons and medals for various honorable acts to include the Navy Commendation Medal.

After retiring from the Navy in 1979, Jim and his family sailed down the western Coast of the United States. They spent some time port hopping enjoying the resorts of Mexico. He then went back to work as a civilian utilizing his wealth of knowledge in the Nuclear Power. He and his wife then spent many years traveling and cruising.

Jim had a passion for the outdoors, specifically the beach. He also loved collecting classic cars, skeet shooting, fishing and camping. Jim had many friends. He lived to make people laugh.

Jim is survived by his overly-patient and accepting wife, Sandra, better known as Diva Of All Things Domestic. He is also survived by son, Jim (Gladys), daughter, Elaine (Randy), son, Charlie and son, John (Vicki); brother, David (Deborah); sister, Diane (Paul); three half siblings, Michael, Christine, and John; and many nieces, nephews, grandchildren and great grandchildren. He is preceded in death by his mother and father.