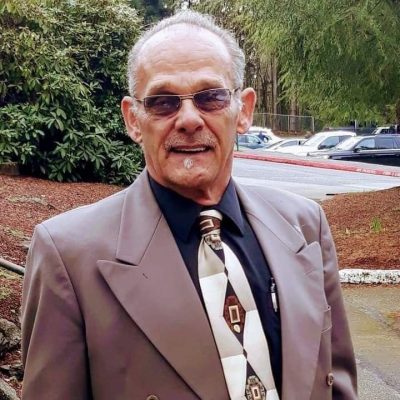 James Penney Boyce, 69 , of Belfair, passed away on September 3rd, 2021 when he lost his battle with a very aggressive lung cancer.

Jim was born February 3rd, 1952 in Bremerton, Washington to parents Betty and John Boyce. He was raised by his mother Betty and much loved step-father Alfred P. Durant. He joined his siblings, Sally, LeRoy, Bradley, Lennie and in later years his mother and stepfather gave him a little brother, (Freddy) Alfred P. Durant Jr.

Jim grew up and attended schools in Bremerton. Over the years he lived in many other towns and cities before coming back to live in Belfair where many of his family members lived. Jim was well known in Belfair as he worked for many years at West Bay Auto Parts. He loved helping people and enjoyed conversation with all.

His favorite past time of his adult life was playing pool. It became a passion. He became a legend playing tournaments with pros from all over the U.S. in Tacoma with his group of Pool Buddies. His pool tournament family will feel his passing deeply as they are all very much loved friends.

Jim leaves behind his children: Bill Lemm of Roy, WA; Bonnie Butler of Belfair, WA; Kelly McCready of Belfair; James Boyce Jr. of Belfair; and 16 grandchildren and 9 great grandchildren. His many nieces, nephews, and friends who loved him will miss him dearly.

Jim’s family will be hosting a Celebration of Life on September 19th at 2:00 p.m. at Belfair Community Church in Belfair, Washington.

There will be a chapel service at 2:00 p.m. with a pot luck gathering in the lower level of the church afterwards.