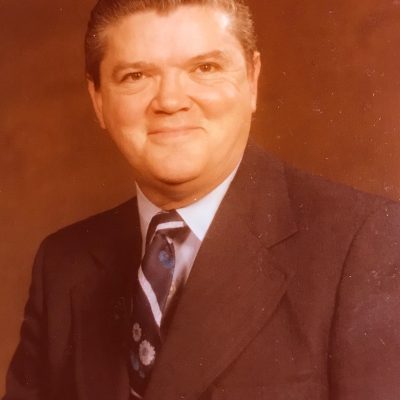 Jim was born on April 15, 1933 in Jersey City, NJ to Daniel and Marion Calton. Having lost his mother at a very young age, he was raised by a beloved stepmother, Ann. He was preceded in death by all nine of his siblings about whom he was fond of telling stories of how they grew up in a household of 12 that “shared a bathroom with the family next door.” Throughout life, there was nothing more important to him than family and faith.

A Korean War-era veteran, he was stationed at Fort Hood, TX, from where he penned stacks of letters to the love of his life, Margaret Mary Middaugh (Peggy). They had met at a roller-skating rink and, according to Jim “they have been going round and round ever since.” Married in 1957, the couple welcomed their son Greg and daughter Jill soon after.

Jim began his career working as a draftsman for the Western Electric Company in Kearney, NJ, a part of the Bell System. His career then took them to California where the family was rounded out with the birth of daughter Margaret (Meg). His Bell System career brought the family back to New Jersey for a two-year stint, before returning to California where he eventually retired as a District Manager for Pacific Bell.

Retirement brought a new chapter for Jim and Peggy, as they spent the next decade “road tripping” back and forth between California and their condo in Venice, Florida. While in the Sunshine State, they enjoyed regular excursions to the ballpark to cheer on the Sarasota White Sox, and welcomed many of their grandchildren for extended visits, often including a trip to Disney World as part of the adventure. Florida also brought about the opportunity to spend extended time with his sister-in-law Patricia and her husband, Ken Widmaier. Ken and Jim could often be found playing a round of golf and, rumor has it, they found it necessary to skip a hole every once in a while, to avoid an alligator sunning in the fairway. Finally, during their golden years, Jim and Peggy made one last relocation to the beautiful northwest, settling in Gig Harbor, WA.

Jim was known for his quick wit, as well as his kind and compassionate spirit. Throughout his life, he immensely enjoyed youth sports, attending all of his children’s baseball, softball and other events. Later on, he would drive for great distances to cheer on his grandchildren in their youth, high school and even collegiate sporting events.

A funeral service will be held on Friday, November 6, 2020 at Visitation Catholic Church, Tacoma, WA at 10 o’clock a.m. In keeping with Jim’s genuine love of the spirit of giving embodied in Christmas, memorial donations may be made to Operation Christmas Child.