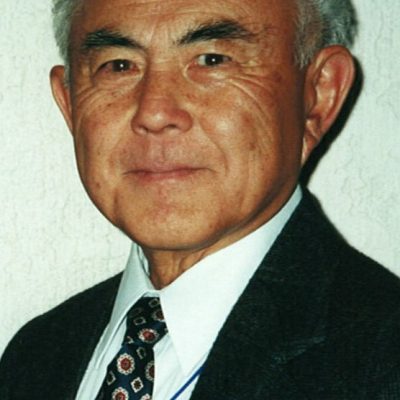 Isamu Sam Momii passed away peacefully on September 20, 2021, at the age of 93.  He was born on October 6, 1927, in San Jose, California.  During World War II, he left Topaz (Utah), a Japanese American Internment Camp, at the age of 16 and lived in a Quaker community in Des Moines, Iowa where he graduated high school.  From a young age, his passion was flying.  As soon as he turned 18 near the end of World War II, he joined the Army Air Corps and served two years as an airplane mechanic.  He then earned a Bachelor’s Degree in Aeronautical Engineering from San Jose State and immediately joined the Air Force where he became a helicopter pilot. After serving three years in the Air Force, he was a pilot with Atwood Helicopters in Stockton, Salinas, and Guatemala. He was recalled to the Air Force during the Bay of Pigs as an Air Rescue and Recovery helicopter pilot. He retired from the Air Force as a Lt. Colonel after serving 23 years which included a tour of duty in Vietnam.  After leaving the Air Force, he worked for the State of Washington fighting forest fires as a helicopter pilot.

Upon retiring as a pilot, he opened Sakura Nursery in Key Center, Washington.  He sold the nursey and opened Seihoku-En (Northwest Gardens) which he operated for over 25 years and specialized in growing Japanese landscape and bonsai maple trees.  He offered 38 different varieties of maple trees.

He is survived by his wife of 67 years, Joyce Momii, son Scott, daughter Gail, three grandchildren and 6 great grandchildren.

He will be interned at the Tahoma National Cemetery in Kent, Washington.