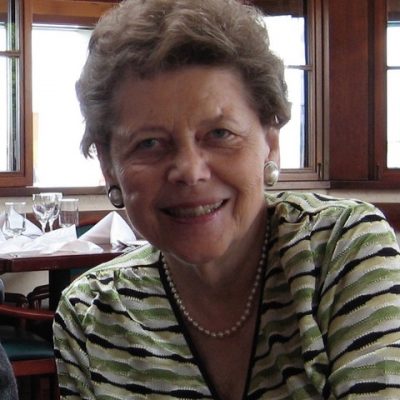 Ilse Nielsen passed away peacefully in her sleep at her home in Lakewood, WA at the age of 92 on Saturday, November 6th, 2021.

Ilse was born Ilse Christine Agnes Maria Steubler on April 16th, 1929, in the village of Dörnigheim (now Maintal), Germany, the first child of Erich and Wilhelmina Steubler. Hannelore, who was six years younger, was Ilse’s only sibling.  When WW II ended, Ilse was 16 years old.   She met her future husband, Carl E. Nielsen, a supply officer in the US Army, when she was hired to work as his secretary in Hanau.

Ilse and Carl were married in a civil ceremony in Salzburg, Austria and subsequently in a religious ceremony at her church in Dörnigheim in 1952. Ilse gave birth to her daughter Florence in Livorno, Italy, and her daughter Heidi and son Erich at Madigan Army Hospital in Fort Lewis, WA.  They were stationed in Germany until the family settled in Lakewood, WA. Ilse was periodically employed in the women’s clothing department at the Post Exchange, People’s department store, and Nordstrom in the Tacoma Mall.

Ilse had many hobbies and friends in her community in Lakewood and her trips back home to Germany.  She hosted many bridge parties and played in bridge tournaments; golfed with her friends; and traveled the country with her German cousin Erna and Erna’s husband Otto Winterling.  When Carl retired, they travelled to Egypt, Greece, Israel, England, and Scotland. They had a travel trailer and toured all 50 U.S. states and much of Canada. There were many visits to Fairview, Utah where Carl was born and raised, spending time with his brothers and sisters-in-law, Ray, Millie, Arthur, Vera and Conrad.

Carl referred to Ilse as “a lover not a fighter.” She was a wonderful cook who kept careful notes on what everyone liked to eat. She kept a beautiful home and garden and she liked to paint and entertain. She loved trees and nature and she fished for trout and picked chanterelles every fall. She had best friends in the German community in Lakewood, including Maria Bishop, Maria Bienvenu, Margot Hale, Sunny Russel, Margaret Cowden, Marlene Bonagofsky, Lore Grapoli, and many others.

Ilse was preceded in death by Carl in 2009, and her sister Hannelore Görge in 1971.  She is survived by her children Florence Gaffin and husband Brian of University Place, WA, Heidi Nielsen of Port Townsend, WA, Erich Nielsen and wife Kathy of Issaquah, WA, and her beloved nephew Gunte Görge and his wife Heike of Saarbrücken, Germany.  She will also be missed by her five grandchildren, Chantrelle, Arion, Alexandra, Devin, and Trevor, grandson-in-law Dean, and three great-grandchildren, Sabine, Carl and Oscar.

Ilse will be laid to rest with Carl at the Mount Tahoma VA Cemetery in a ceremony on Tuesday, November 16th at 2:15 pm with Pastor Gregory Kaurin of Redeemer Lutheran Church officiating, followed by a reception in Tacoma. 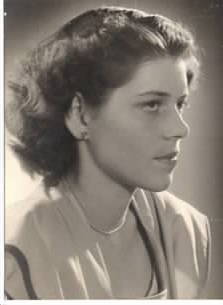