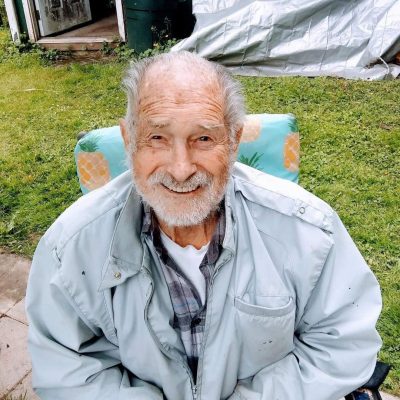 He served in the US Army during WW2 stationed in Berlin, Germany. Worked at PSNS and Keyport as a nuclear electrician for 36 years, and retired in 1981.
He was a great outdoors man, enjoying camping, hunting, crabbing, clam digging, mushrooming, gardening, tinkering around the house, and enjoying being around family. Always had a smile.

He was proceeded in death by his parents, wife Norma I of 41 years, wife Sylvia of 10 years, son Dennis, grandson James. Brothers John and Clifford, half-brother Larry, two step-brothers, and one step daughter.

He leaves a big hold in our hearts and he will be missed by all who knew him.

At his request there will be no services and his final resting place will be with Norma, Dennis, and James.