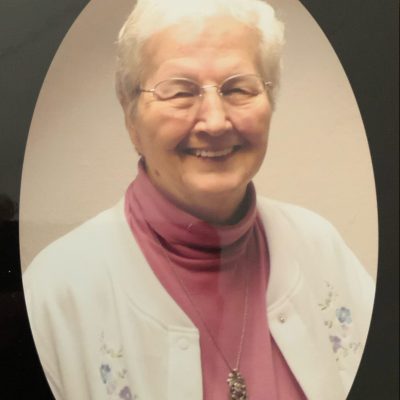 Geraldine (Gerry) A. Woodrow (née Lindstrom), 94 of Poulsbo passed away on July 18, 2022. Gerry was born on November 15, 1927 in Astoria, Oregon. In the early 50’s she moved to New Jersey after marrying her husband Robert Woodrow who preceded her in death after more than 40 years of marriage. A brother Richard (Lisa) Lindstrom & sister Doris (Willie) Richburg also preceded her in death.

Gerry enjoyed sewing and working with plastic canvas, she made many items for her kids & grandchildren. After the loss of her husband she moved back to the PNW. The last 3 years were spent at Martha & Mary nursing home in Poulsbo where they took wonderful care of her. A celebration of life will be held at a later date.

In lieu of flowers , we ask that donations be made to Parkinson’s research at www.michaeljfox.org