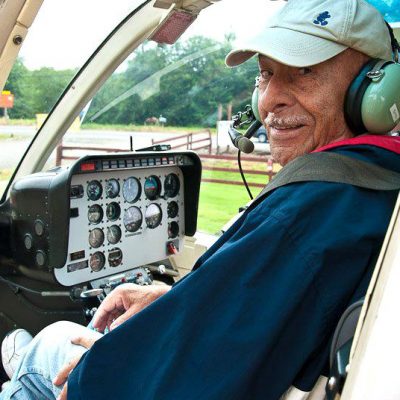 George Peter Sanso passed away peacefully on February 13, 2021, of natural causes, at the age of 89. He was surrounded by his loving family at his home in Poulsbo, Washington, where he and his wife, Fabiola Sanso, have lived for many years.

George was born September 10, 1931 in Buenos Aires, Argentina, to Francisco and Asuncion Sanso where he was raised with his only sibling—brother, Ricardo. After graduating high school in 1949, he pursued studies in fine arts and crafts, industrial design, and photography. After emigrating to the United States in 1962, he met his beloved wife Fabiola—originally from Barranquilla, Colombia—in Millville, New Jersey.

George and Fabiola were each previously married before their own marriage in 1962. Fabiola was a single mother of two: a 12-year-old girl, Magaly, and a 10-year-old boy, Fred. The newly created family moved from New Jersey to California in 1963, where George’s only child by birth, Lisa (Alex), was born. Both George and Fabiola became United States citizens in 1973.

Throughout George’s life, he worked in a variety of creative professions. His career spanned electronics and printed circuit design, portrait and landscape photography, furniture design/woodworking, and fine art painting. His creativity was boundless and his interests diverse. He enjoyed boating, aviation, classic cars, and learning about various scientific subjects.

A celebration of life will be scheduled later in the year when friends and family can safely attend in the sunshine near one of his favorite spots to enjoy a cup of coffee with his wife—Liberty Bay in Poulsbo.